Written by David and Photography by Charla in Celebrations, Wine & Dine

Last month Charla and I met Claudia, an Italian urban planning professor who visited a San Diego university a few years ago. She was described to us as “very Italian: warm, generous, and loved to throw parties.” It turns out that during her stay in the U.S., Claudia “had collected a veritable United Nations of friends…German, French, Japanese, Spanish, African, and Italian grad students and professors.”

Claudia is a character in a funny book written by Jennifer Coburn, We’ll Always Have Paris: A Mother/Daughter Memoir. Typically, in one of her parties, Claudia’s guests “spread out on the porch and lawn chairs in front of the house, a pitcher of mojitos in front of them.” 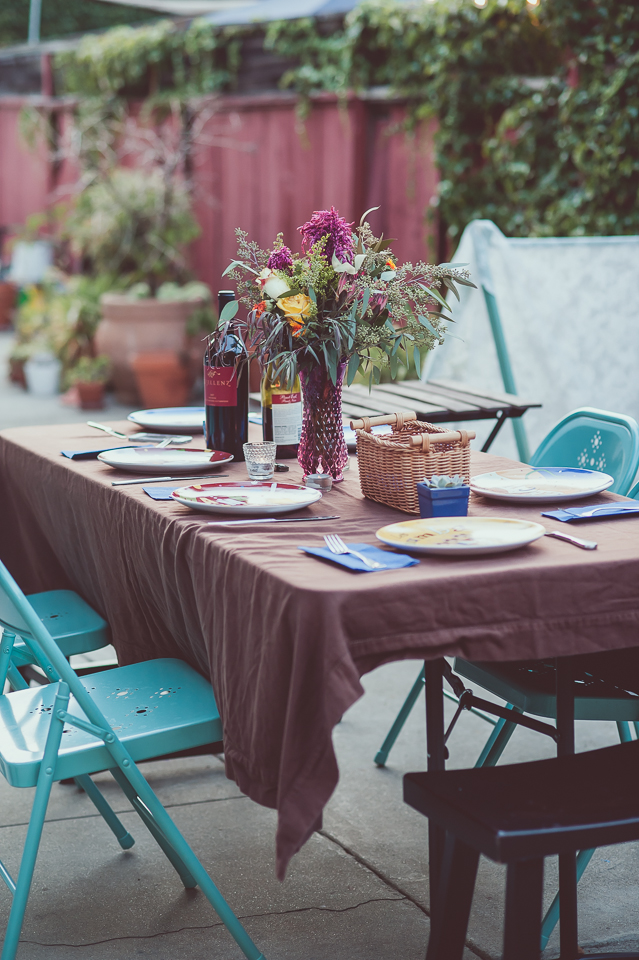 This is more a travel book than a party book, and yet that passage sang out to me as I thought about an impromptu dinner we hosted in Charla’s backyard. That is, if by “hosted” you mean: “What should we do tonight? I don’t know – let’s cook something. How about paella? Great! Let’s see who’s around.”

Sometimes the most memorable events pop up by themselves at the last minute, spontaneously, or without excess planning, expectations, and overall management. Our dinner happened just after the the World Cup Soccer final, which ended as a heartbreaking loss (or ecstatic victory) for the Argentinean (or German) national team. 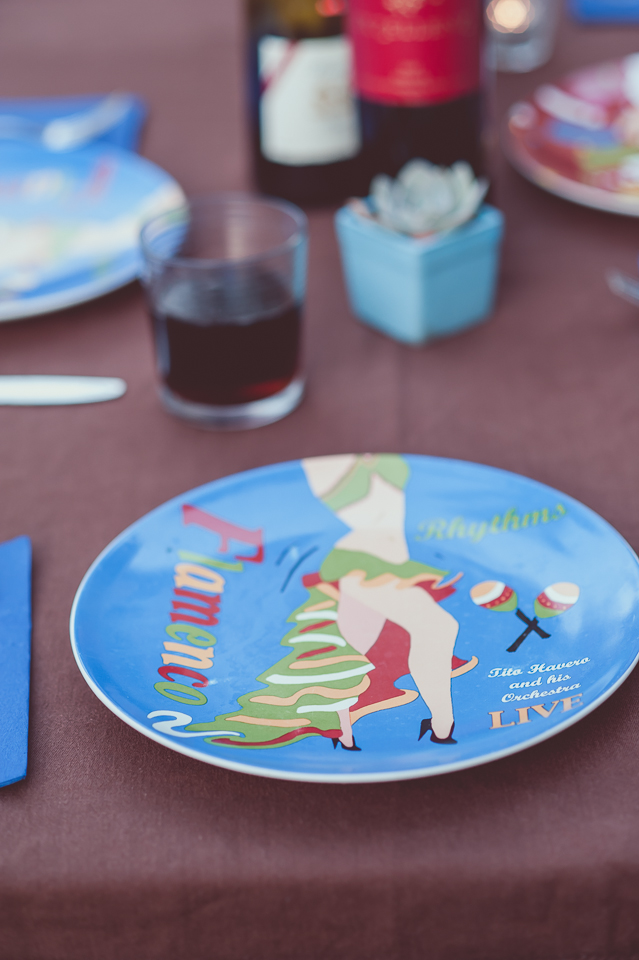 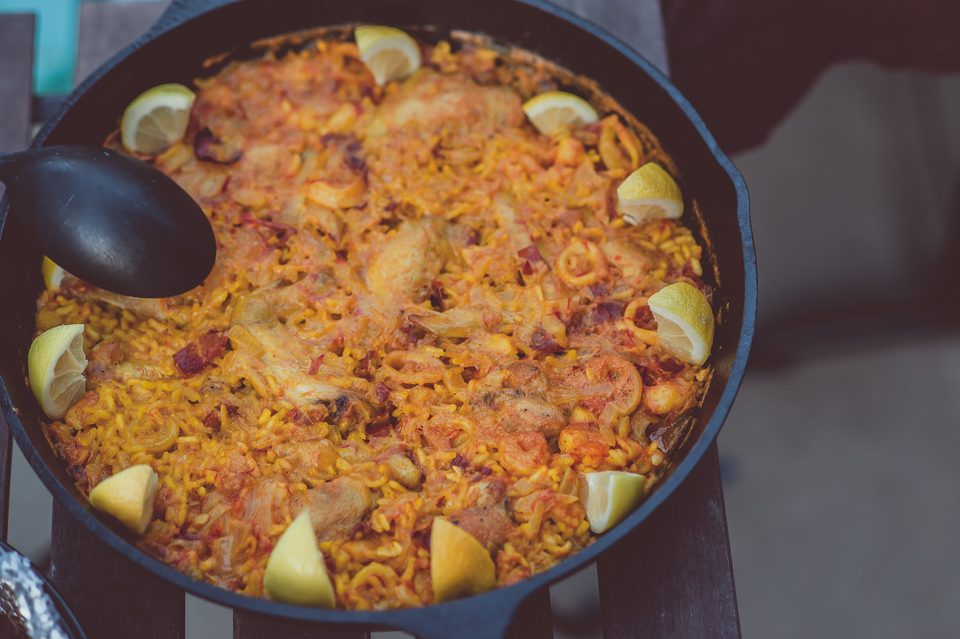 Fresh off a row of lunch and summer beers on a hot Sunday, six people found themselves in Charla’s backyard. A few had brought wine, appetizers, paella ingredients, and leftover barbecue pork ribs. Then came the idea to set a table outside. Then a tablecloth. Why not some candles? Someone brought flowers, which found themselves plunked into a vase on the table as well.

It all came together like the legendary fable about stone soup. But instead of soup we had someone’s homemade guacamole with finely chopped onions and chunks of bleu cheese, giving it a mysterious, earthy flavor.

There was at first no actual occasion to celebrate – nor should there be just to have friends for dinner. And yet we did celebrate a milestone: Charla’s backyard was now Charla’s soon-to-be-ex-backyard, because she is moving out. We raised a bittersweet glass to her pending departure, which was brought about by the owners’ desire to move in. 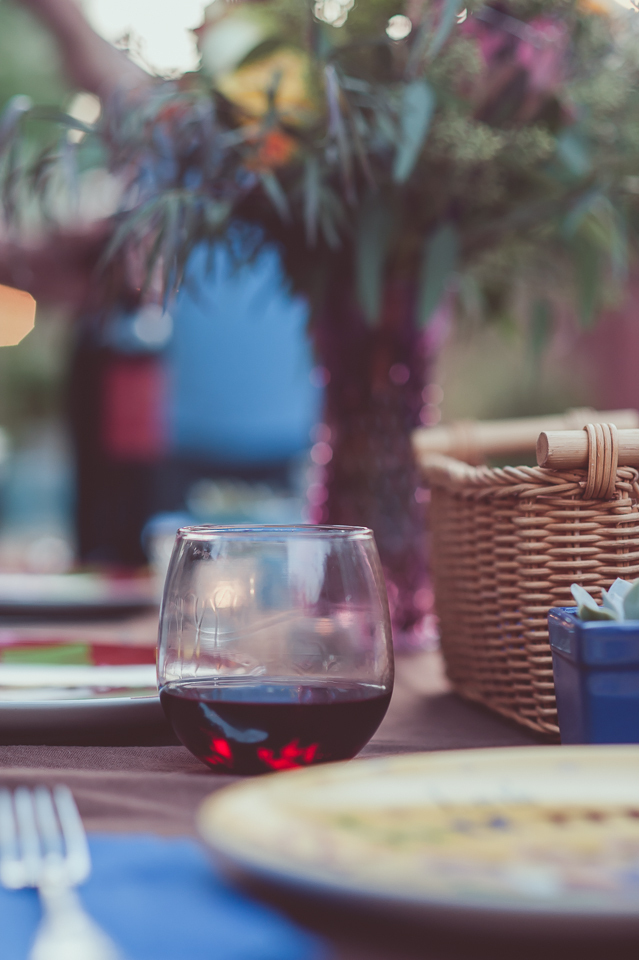 Her backyard, what had been an empty shell when she first moved in, had turned into a garden of inviting spaces, cafe lights, a luscious leafy shade tree in the middle, and pots, plants, chalk drawings on the ground, a hammock, wicker chairs, a fire pit and a neighbor’s cat. In other words, it was home. 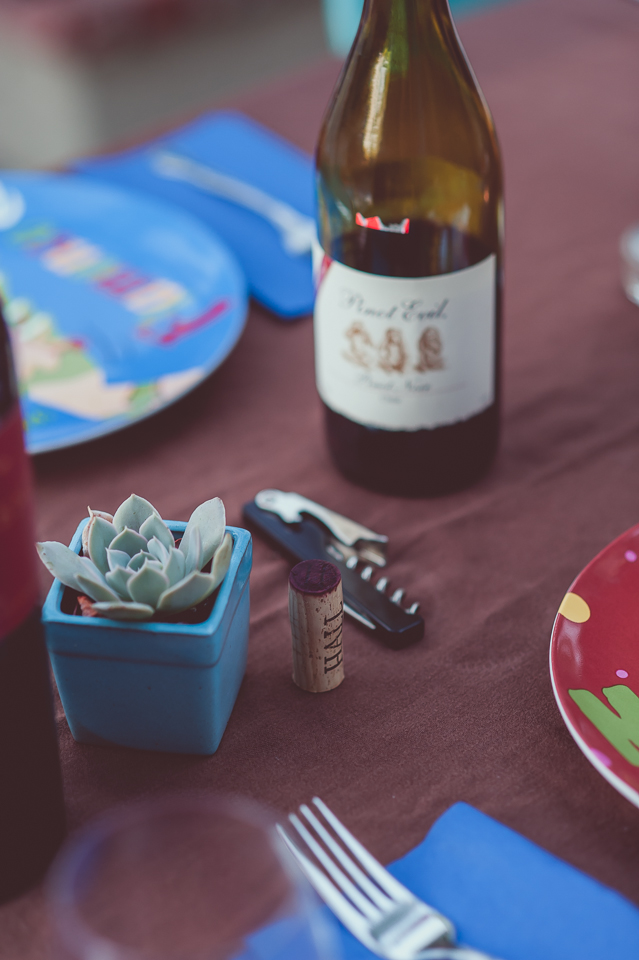 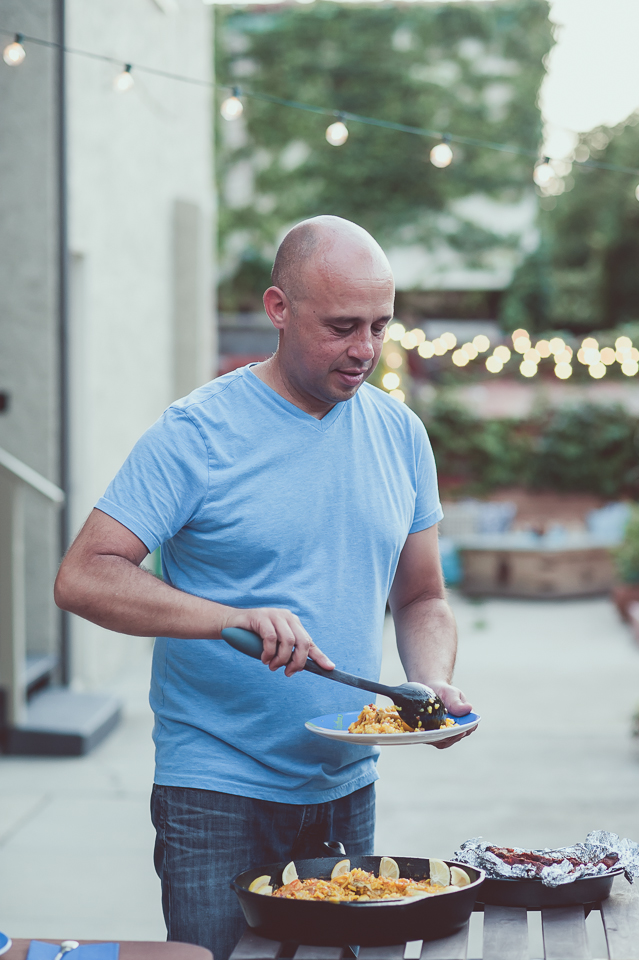 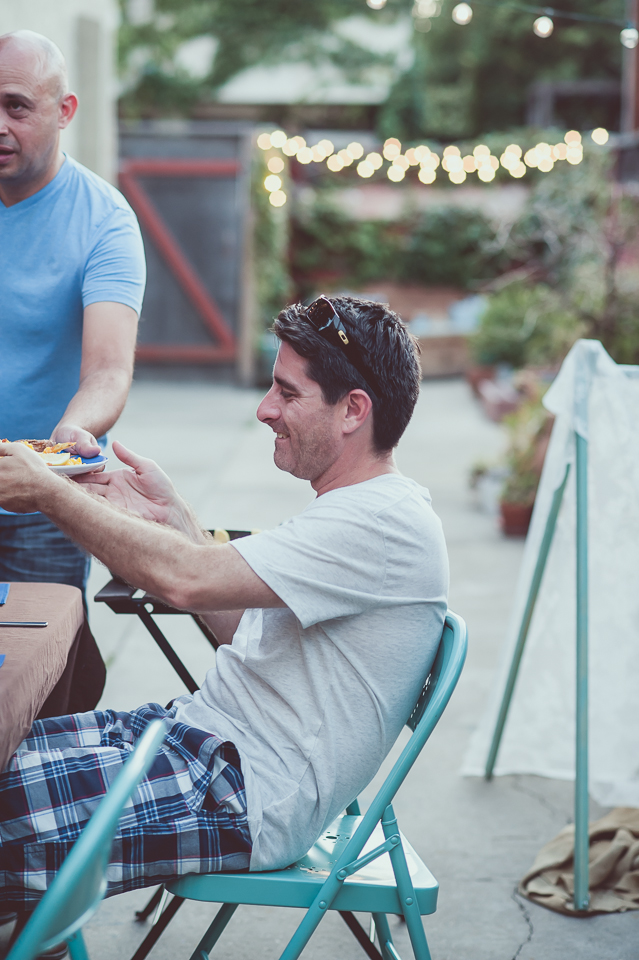 And yet, another door opens. What we are leaving behind in this yard, we are reviving just next door in a new house, on the other side of a creaky red wooden fence covered in ivy. The new yard is tinier, and there is no big, leafy shade tree. But the neighbor’s cat is sure to find us, and we will string the cafe lights on the other side of the fence and set a new table outside.

We dubbed this impromptu backyard dinner the Farewell Tour, thinking we would have a series of them. That may happen, or not. We know what Claudia would think though, so all we need to do is figure out what’s for dinner and who’s bringing the wine. 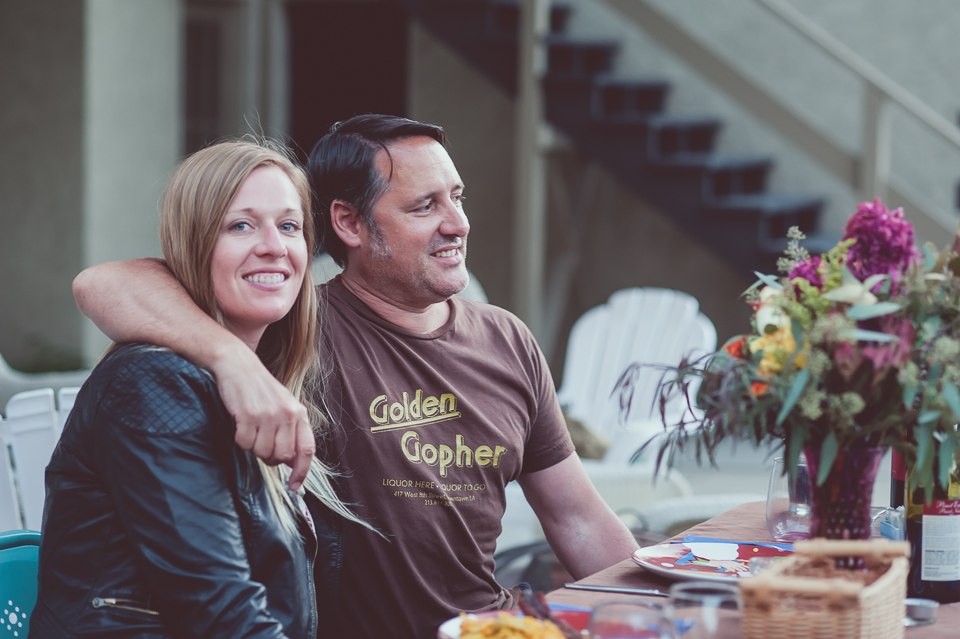 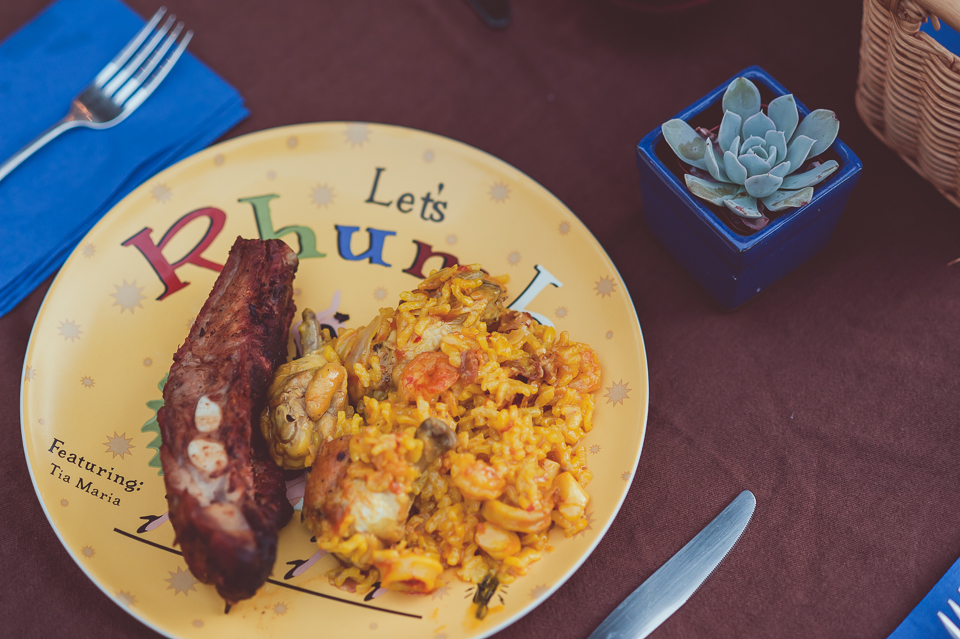