In the same way that people act and look differently between day and night, so too is the Eiffel Tower different in daytime. However, daylight’s Eiffel Tower is not like your workplace on, say, a Tuesday morning: serious, efficient, practical. Rather, the sunlight between springtime rain clouds revealed the Tower as perhaps it was intended at the 1889 Paris World’s Fair: full of whimsy, optimism, a little silliness, contrasted against the stern sobriety of the office skyscrapers in La Défense. Yes, many Parisians of 1889 didn’t care for it. And now? The Tower invites its visitors to play, and they do: couples taking pictures in the park, kids on a carousel, vendors selling cheap wine and beer that you can (legally, we think) drink right there in the park, just at sundown. 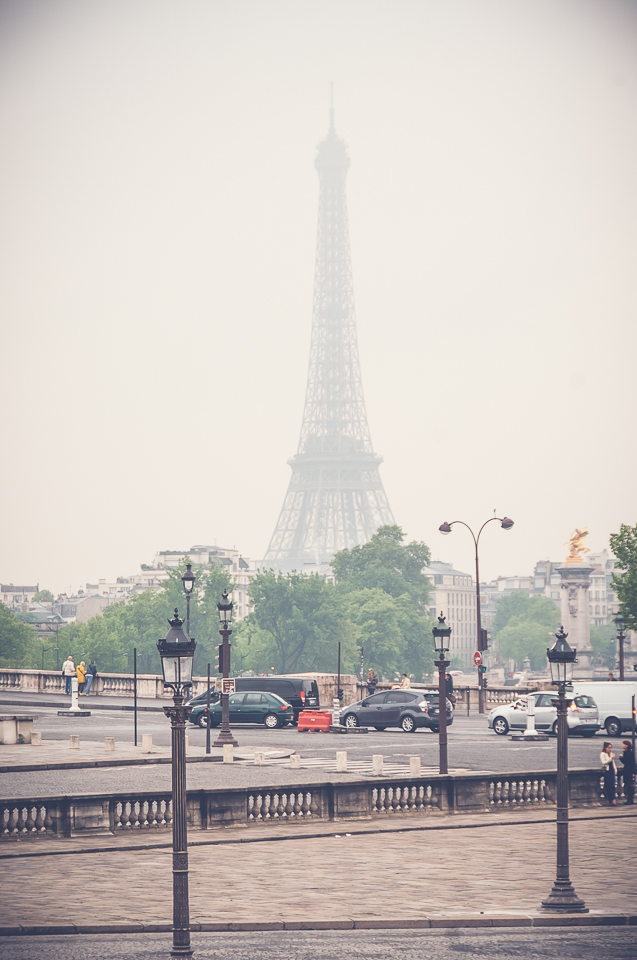 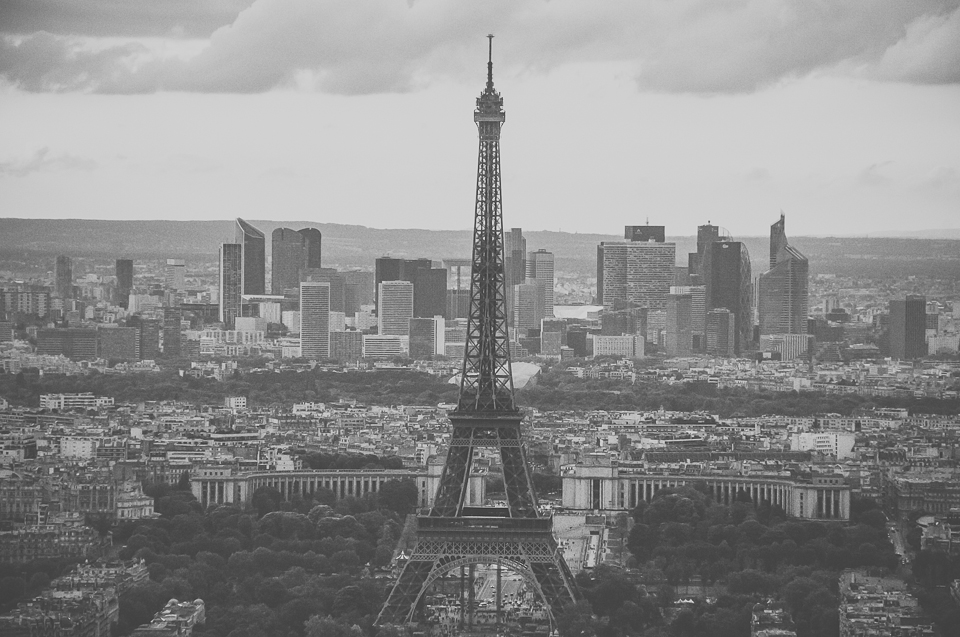 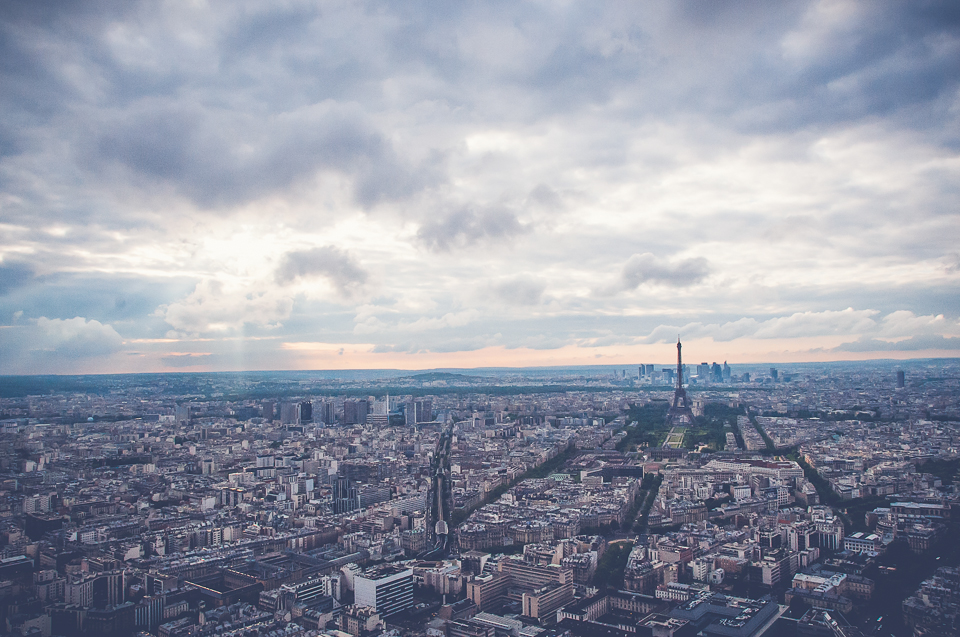 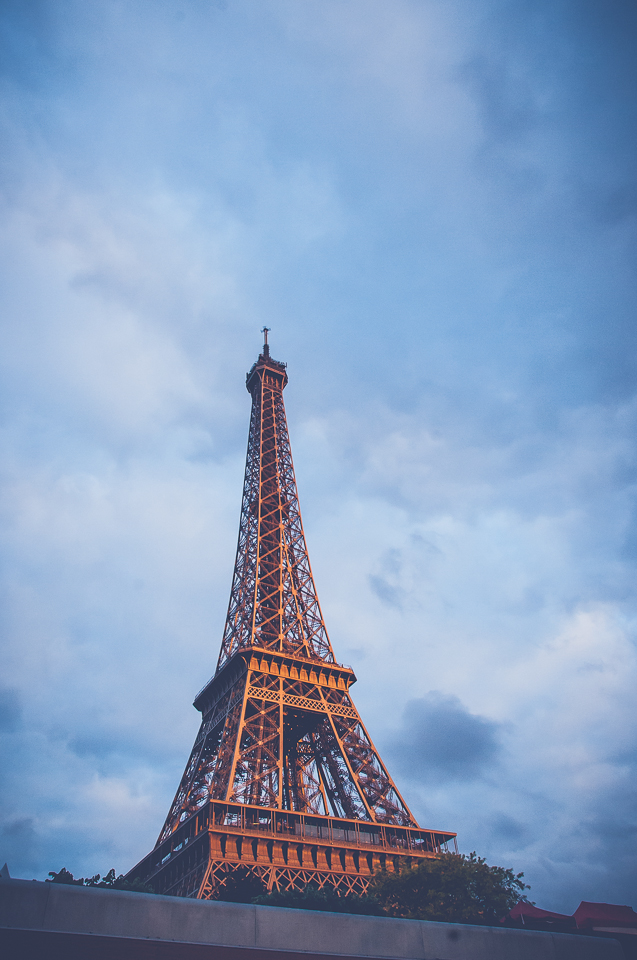 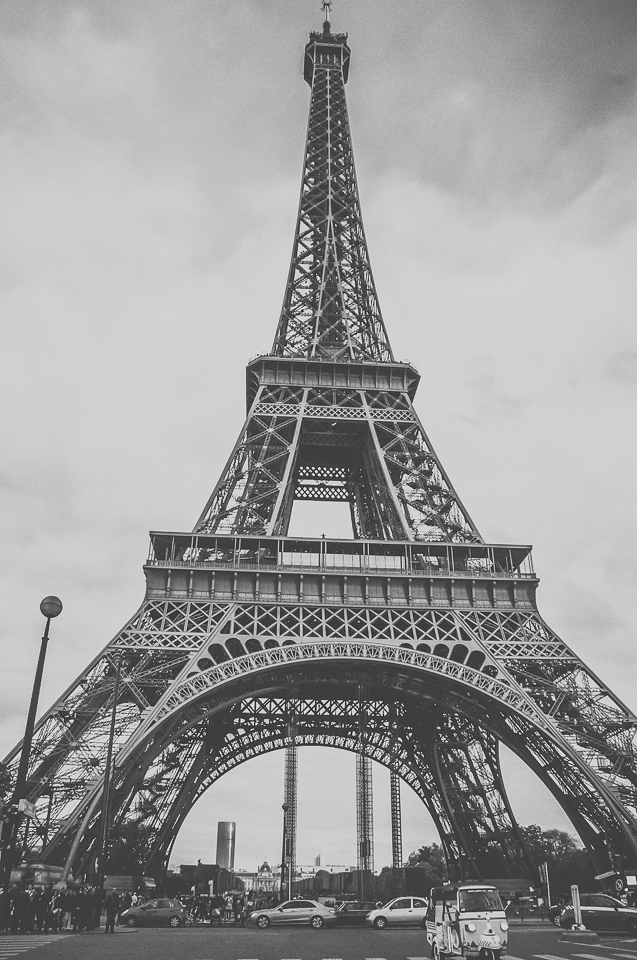 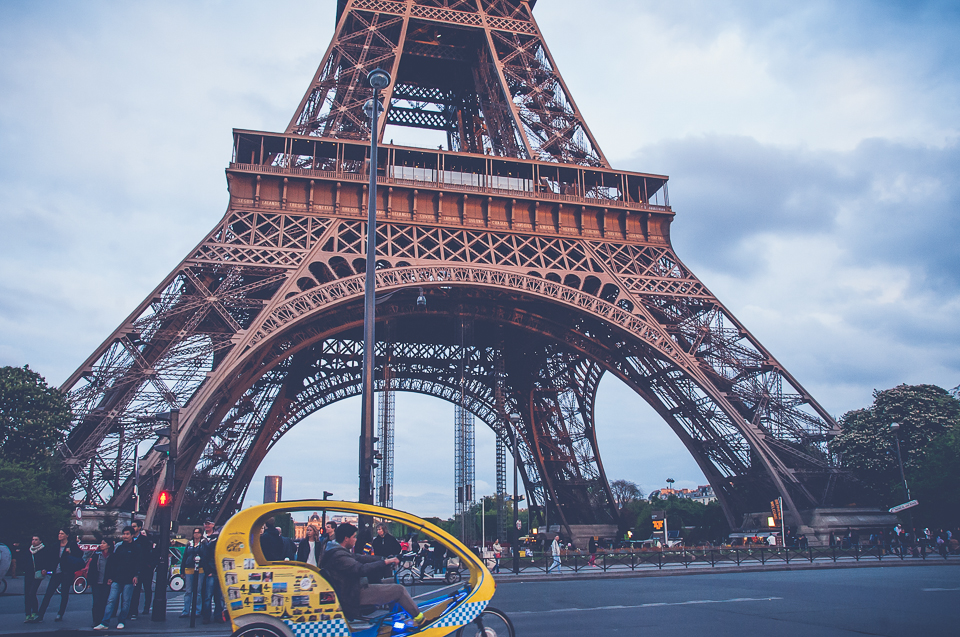 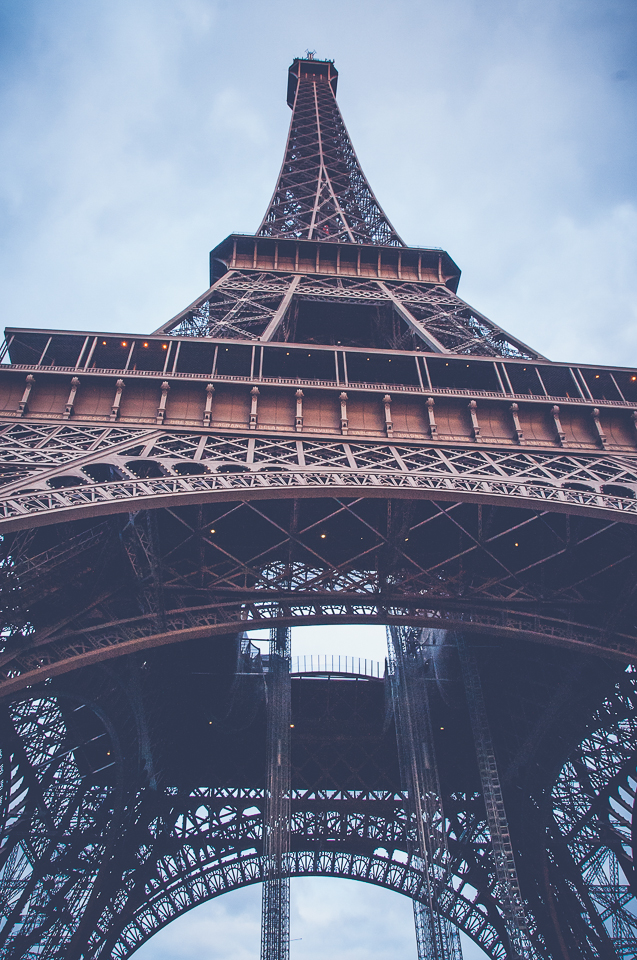 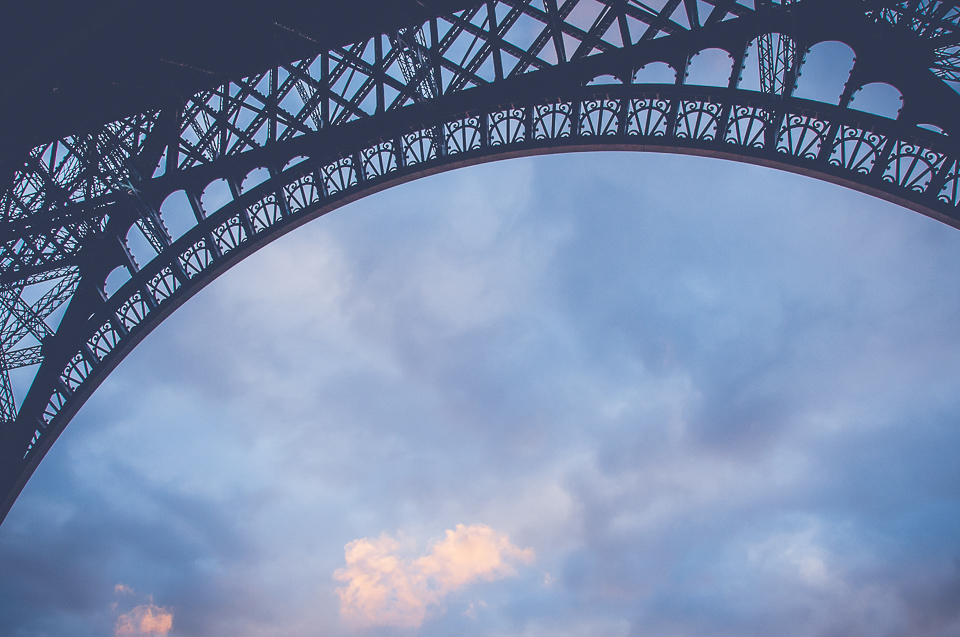 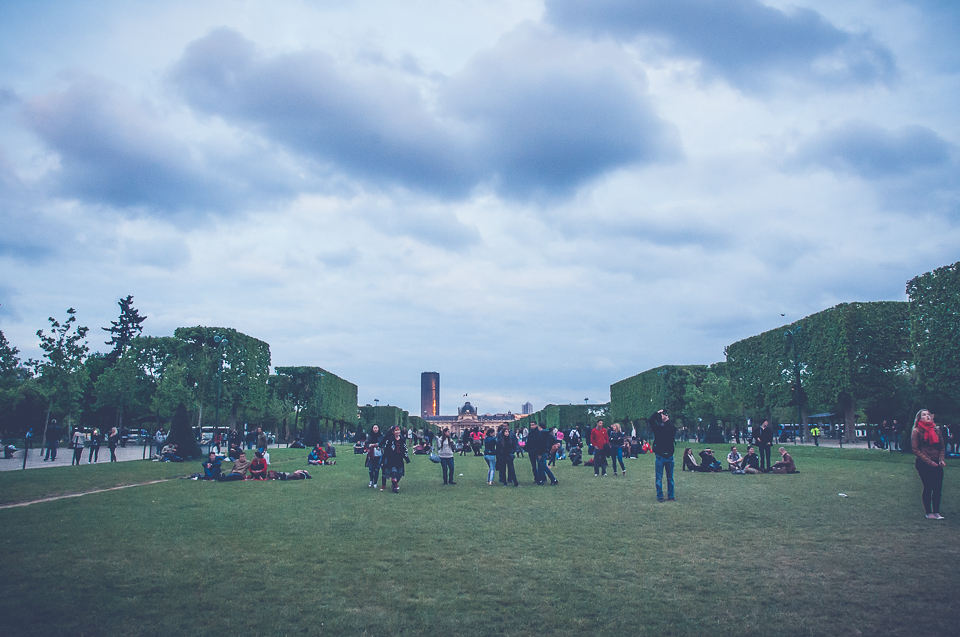 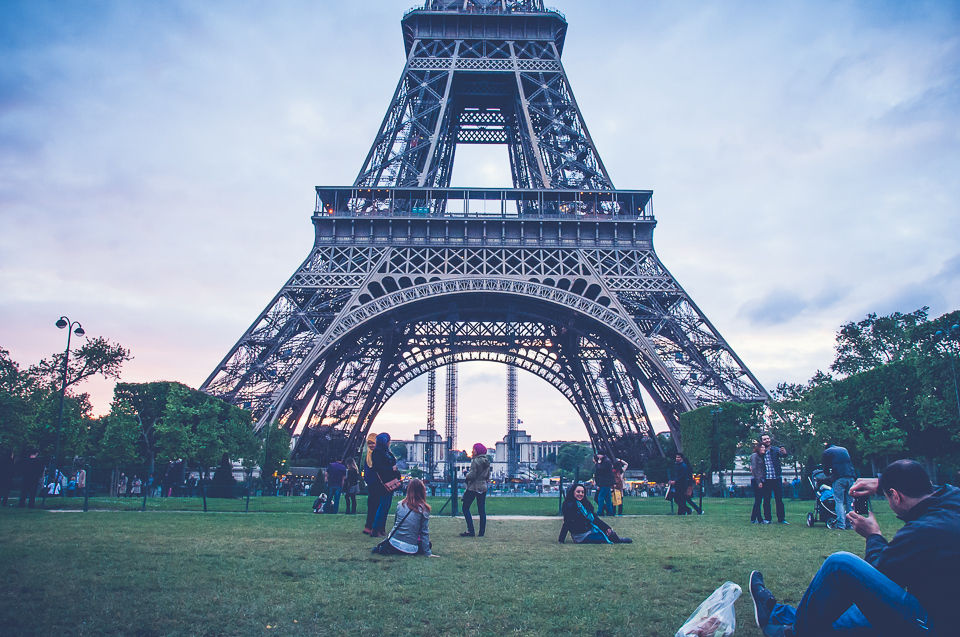 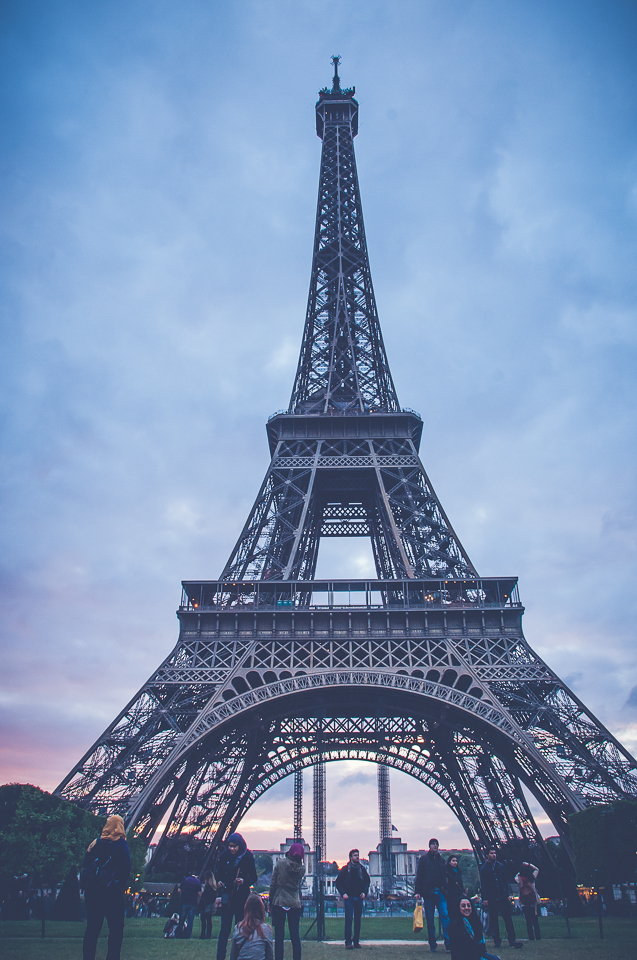 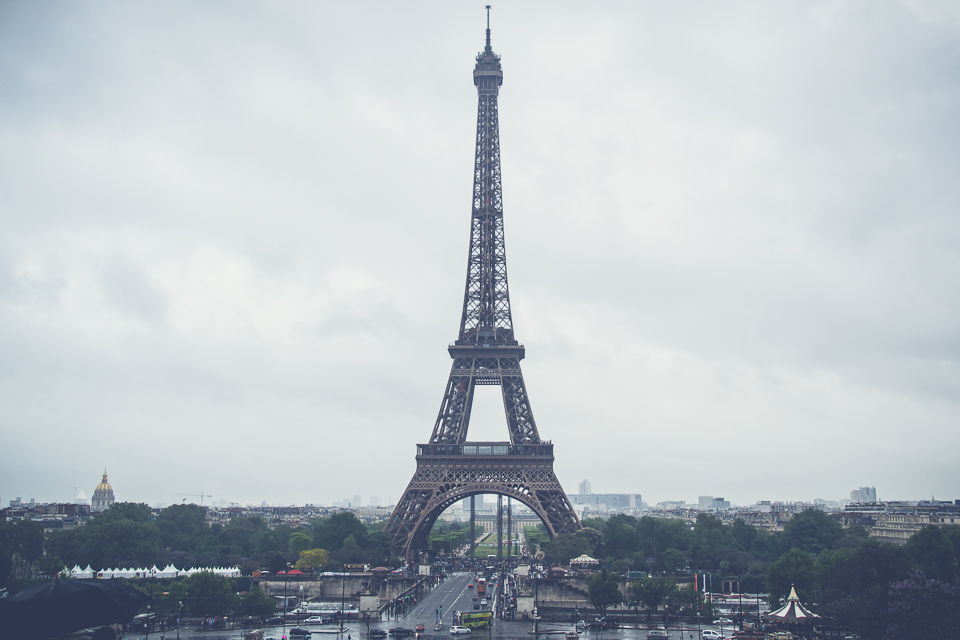 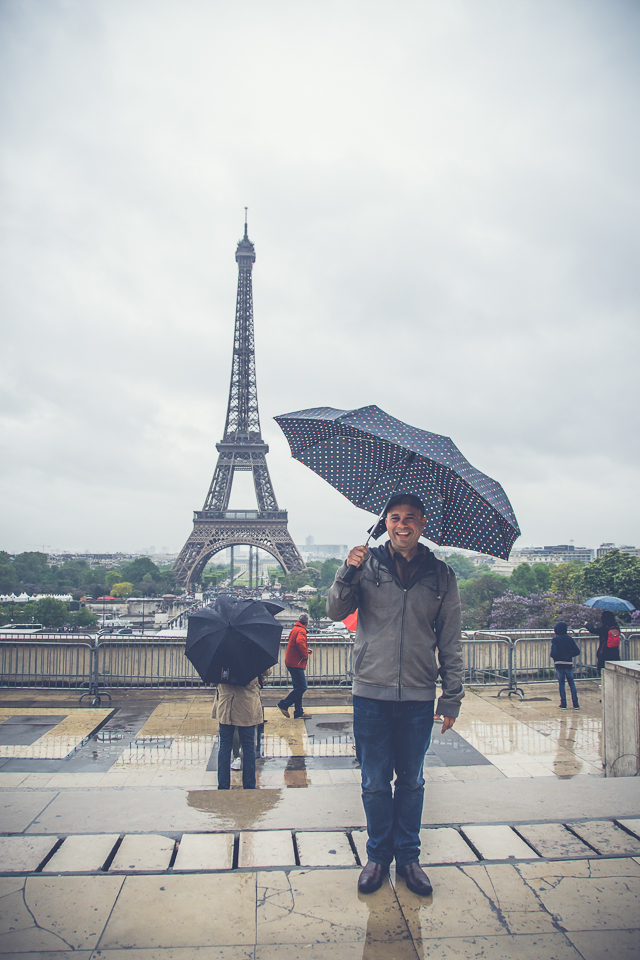 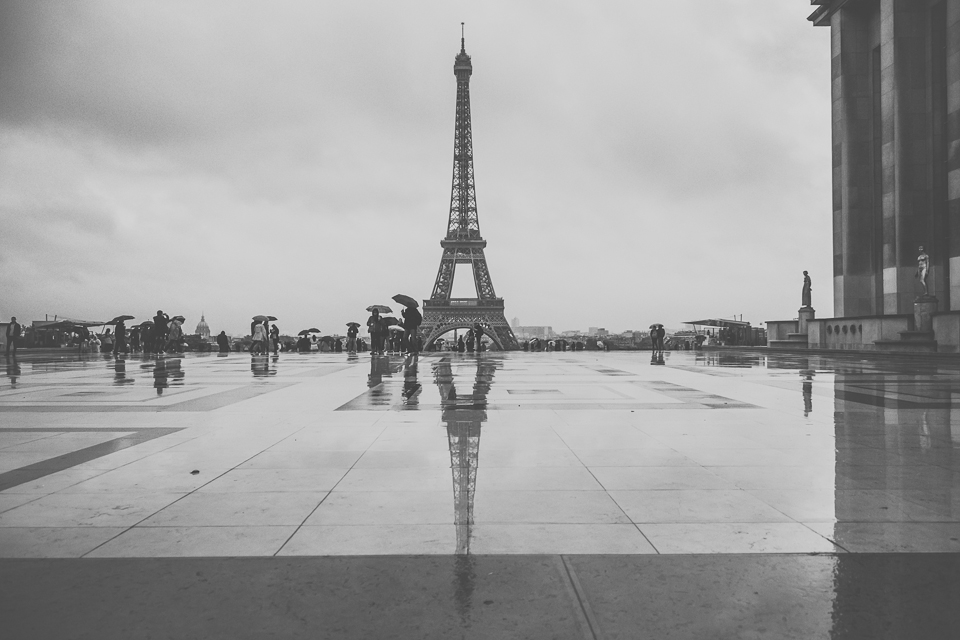