Written by David and Photography by Charla in Celebrations, Travel, Wine & Dine

It all started with the wine tasting. Downtown Santa Barbara is full of wineries and tasting rooms, which we tried to work through even though it was close to closing time. Most of the tasting rooms were closing by 6pm, but we arrived at 5:30 and weren’t ready to end it yet. Walking up State Street, we saw a sign that beckoned “Wine Tasting” and followed it into a side alley lined with closed shops.

Then Charla stopped. “Casa de la Guerra!” she said, pointing to a small door leading into a narrow corridor and a large courtyard. “This where I shot my first wedding with my photography mentor several years ago!”

Then she stopped again. “Didn’t you say you wanted to call me your fiancée?” At least, I’m pretty sure that is how it happened.

The booming wine industry in Santa Barbara County is anchored not just in Los Olivos – featured in the film Sideways – but also in Santa Barbara on lower State Street. What had been a rough, tired and overlooked tumble of industrial buildings when I was in college in Santa Barbara many years ago had turned into a hip, upscale, expensive and sparkling string of wineries, restaurants and shops just a few blocks from the ocean.

The huge number of visitors to Santa Barbara coming for a weekend from the Los Angeles area will be glad to have a world-class wine region close to home, a shorter travel distance than it would be to Napa or Monterey. And Santa Barbara has responded to that demand, with the Urban Wine Trail loaded with wineries all a short walking distance from each other.

Between sips of your wine, you will no doubt appreciate the Urban Wine Trail’s other name, the “Funk Zone”. This, created by the same local vibe that referred to the UC Santa Barbara Student Health Center as the “Death Cen”. It felt like a homecoming for sure.
read on below gallery

We decided on Santa Barbara, a low-key weekend visit for my birthday and Father’s Day while ironically our kids were elsewhere with family anyway. While popular, Santa Barbara can get expensive fast, which is a primary complaint among otherwise happy tourists to the area.

We got away from that by staying during the midweek in Goleta, the next town to the north, at the newly opened and refurbished Goodland Hotel. In a future post we’ll talk about the exquisite attention to detail, the smart and hip style, the excellent service and that unmistakable feeling that you’re actually, finally, getting away from it all.

Back at the Casa de la Guerra, I was a heap of confusion. When we walked into that enchanted courtyard, I saw a gorgeous building in Santa Barbara’s famous Spanish architecture. “Oh wow, that’s the courthouse,” I said, incorrectly. That building was actually the local newspaper, however a little fact wasn’t going to get in the way.

“Maybe we should get married at the courthouse,” one of us may have said.

“Maybe we should get married here,” someone said. “Should we ask each other?”

It felt like we were walking in a dream; coming full circle back to the place where Charla launched her photography career and where I went to college. We both asked, first me and then her. Standing in this dream, we both said yes. And so it was. We are looking forward to May 7, 2017 when we will be back in Santa Barbara. 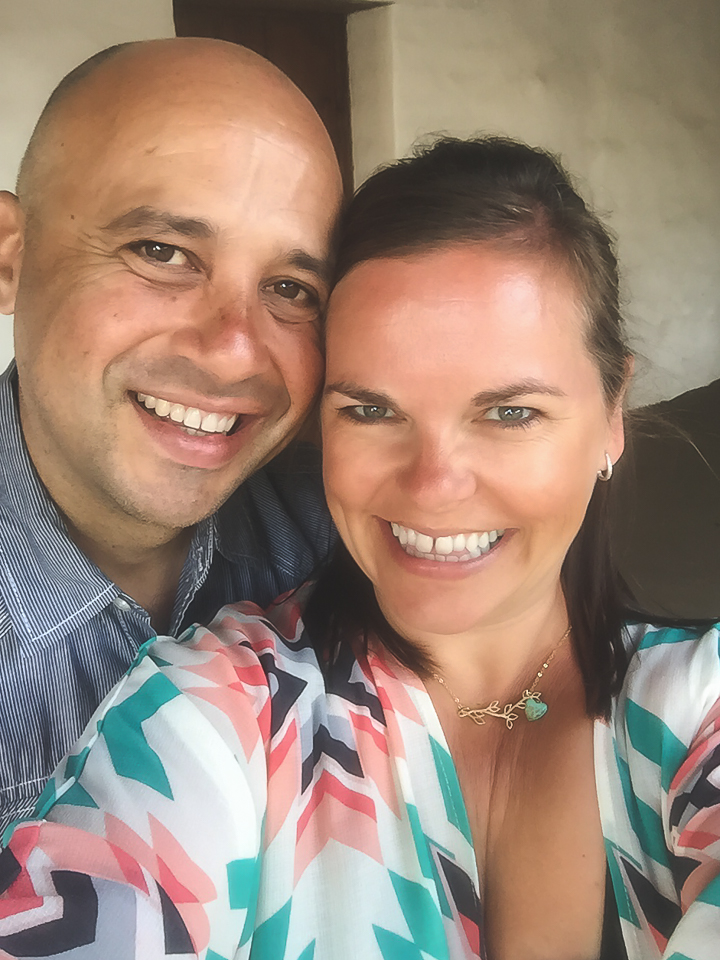