The bride and groom posed for photos, full of jubilation, surrounded by friends and family, and laughing while the photographer clicked away. They managed one more photo when the boat they were on pushed into choppy water and a huge – huge – wave splashed over the bow of the dinner cruise yacht they were on. 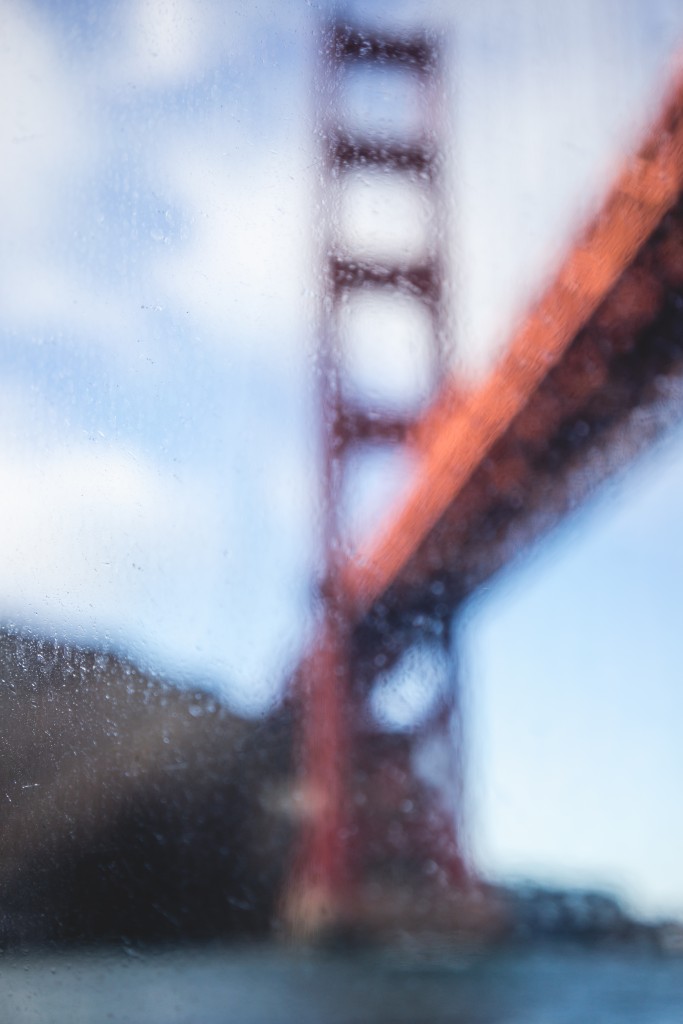 The bride and groom, drenched as if they had fallen into a pool, cheered even louder. The rest of the party scrambled to get back inside the boat’s dining room. And Charla grabbed her wet equipment in a panic, hustled back inside and pleaded with the bartender for dry towels.

Back outside, the dinner cruise boat drifted out a little further toward the restless Pacific Ocean and then turned around, heading back underneath the Golden Gate Bridge and into the calmer waters of the San Francisco Bay. 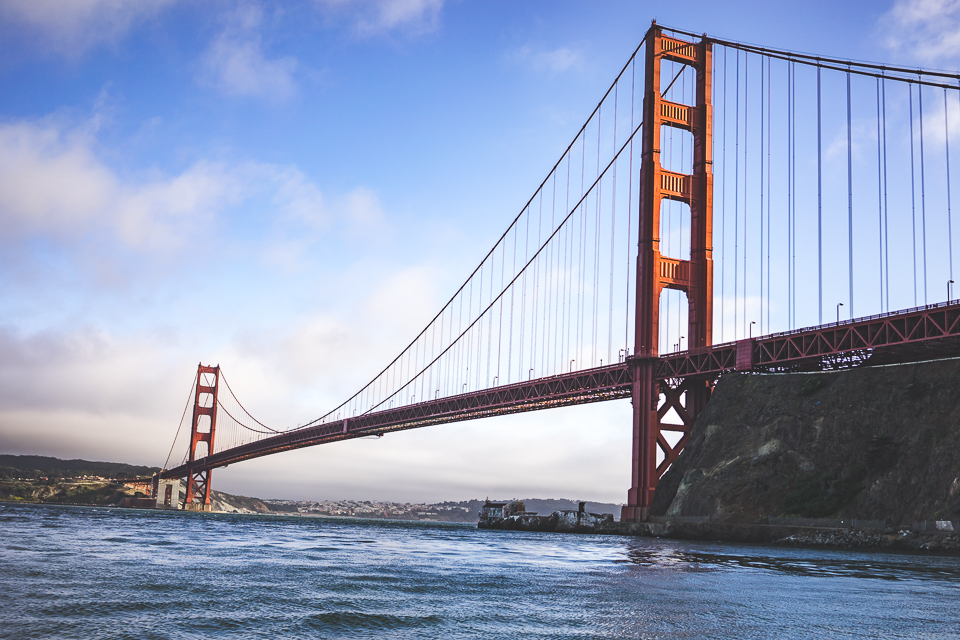 Months earlier, before Charla even finished her sentence that she was shooting a wedding in Sausalito just across the Golden Gate Bridge from San Francisco, I volunteered myself to go along. Having lived most of the 1990s in the Bay Area before moving to Southern California, I looked forward to a bittersweet homecoming to the city I loved – despite the bitter cold summers, fog, L.A.-style traffic and impossible housing options.

So There’s That starts a three-part series, “Three Days around San Francisco”, which are a homecoming for me and a new discovery for Charla. The Bay Area is indescribably beautiful, in ways that the usual images – bridges, cable cars, sourdough bread – cannot begin to show.

We will look at Japantown, a rich corner of San Francisco often overlooked by tourists, and its reflection of Japanese modern pop culture. We take a familiar and eye-opening drive around my old neighborhood in North Beach, the traditional Italian neighborhood. We dodge flapping selfie sticks to watch rivers of tourists drive and walk down the famous curvy Lombard Street and wonder at the patience of the local residents as gawkers climb up their private stairs, rails, balconies, and bushes to get a better view.

Also in this series: In Sausalito we will roll through impossibly steep streets as the city climbs straight up a hill, as if each house is in a race with the next one to get the best view of the bay. We will talk about the popular local cafe serving artisanal coffee where the server makes me the ultimate promise: “I’m going to make you a great cup of coffee.”

Back in San Francisco we nearly get blown off of the highest peak in the City in order to see the view, and laugh at my struggle to recover from dropping my phone into a cup of water while trying to find a parking spot. This is a bad idea. Later, we roll through the iconic Mission District, the Latino neighborhood which, along with everywhere else in the City, is undergoing irreversible change.

San Francisco and the rest of the Bay Area are so beautiful and so troubled. We will look at the visual richness of neighborhoods like the Mission, the Castro and North Beach and think about the contradictions piling up: exorbitant housing prices pushing out the characters that made San Francisco: the artists, writers, poets, revolutionaries, the misfits.

This series will think about the popular narrative describing hordes of young and overpaid tech workers coming in and “taking over”. And yet. It is not that easy if you believe that technology is the new literacy and tech workers are a new kind of artist. “Code is Poetry” is a motto used by an innovative San Francisco tech firm which is powering almost one of every four websites on earth. Full disclosure: that firm’s software, WordPress, powers this website as well.

San Francisco is evolving fast, and not always in a good way. However it is not dying or going away. Something eternal just holds on, like the cold, grumpy waters beneath the Golden Gate. Follow So There’s That for the next Three Days around San Francisco.

Next: When in Sausalito buy a house, get married, or just grab some coffee.