Day 1 in Yellowstone: A deer in the headlights is not a metaphor

Carl and Jane had rented a Ford Expedition, a beast of a vehicle to drive around Yellowstone National Park. By the time our plane landed and we had eaten a dinner of beer and appetizers, we found ourselves driving in pitch darkness up a winding mountain road.

With nothing to see outside in the night, we stuck to music and nervous jokes about hitchhikers with hockey masks, a chainsaw, a hook where his right hand used to be and a case of beer. Heck, it could happen. What did happen though caused all four of us to scream: a huge buck, a male deer, leaped out of the trees on our left side, sailed across the road and crashed through the trees on the right side of the road.

Our bright headlights lit up the buck like a beacon and illuminated every detail of his antlers; long, arching dense branches of bone with razor sharp points. Carl stomped on the brakes and we lurched forward, watching the buck sail past us just a few feet away. A sharp as those antlers were, they would have been no match for a Ford Expedition. 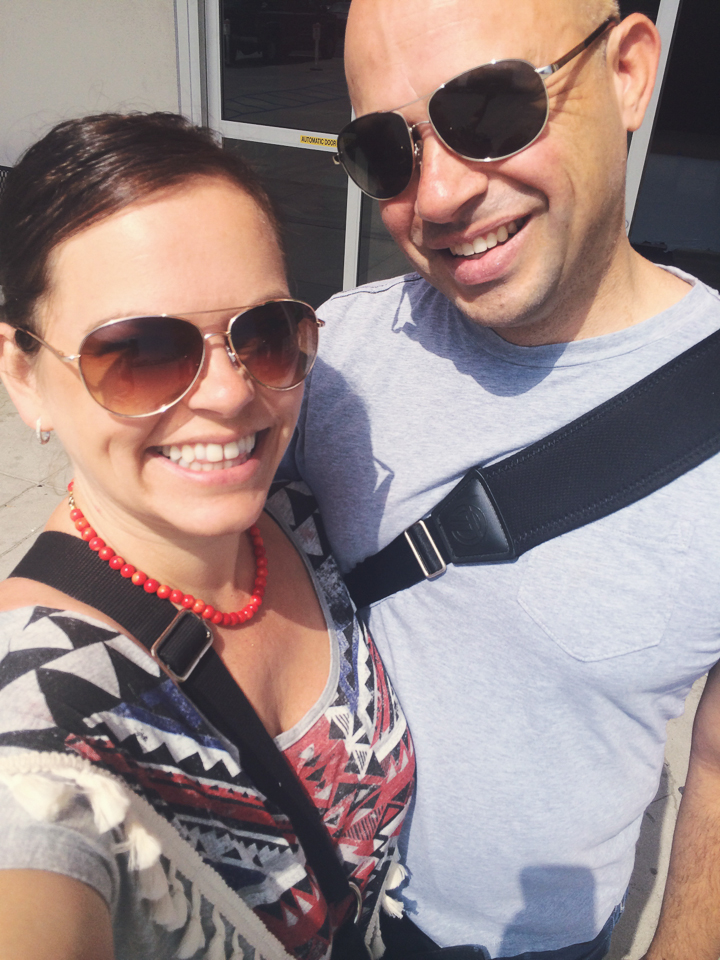 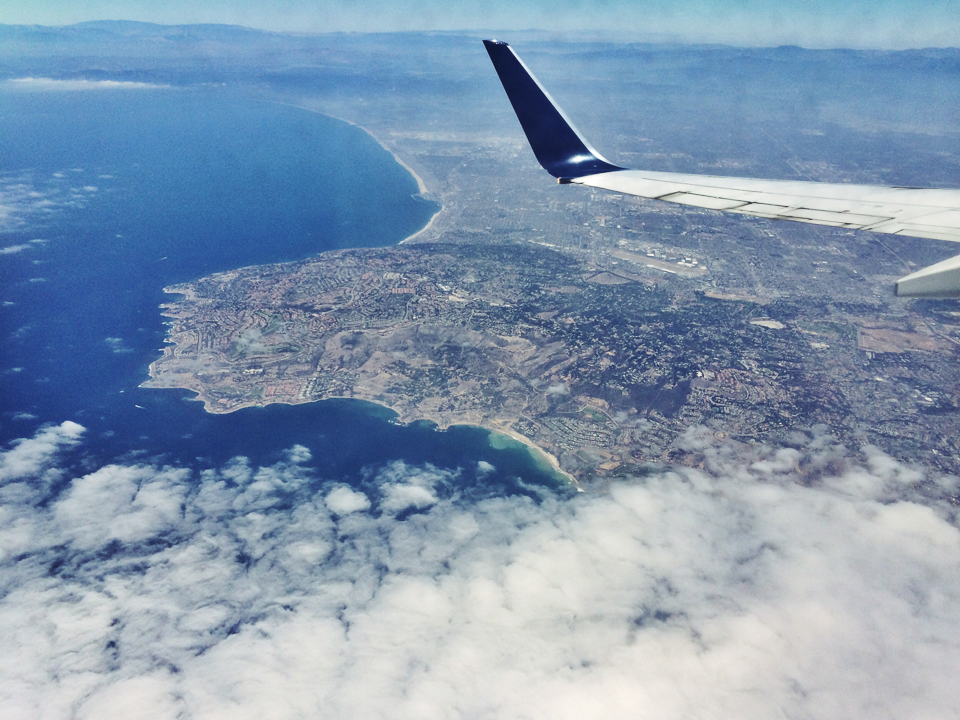 Two hours earlier, our plane landed at the tiny airport in Cody, Wyoming. The airport has two gates: Gate 1 and Gate 2, which both open onto the same tarmac where you walk to your plane. A statue of a grizzly bear greets travelers out front after they park (for free) just a few feet away from the entrance. There is a bar/restaurant inside – before you go through security – which is so newly opened that the menus are photocopies stapled together.

The smooth landing into Cody was a far cry from the stomach-churning turbulence we felt going into Salt Lake City, our layover from LAX. Walking on the tarmac at Cody, the first thing we noticed was the light. Where Salt Lake City has a stark, unbending glare and Los Angeles has fuzzy sunlight shining through a thin layer of fog and smog, Cody has a rich, golden glow that brings the best green out of the surrounding hills and a purple in the mountains that beckons with promise. 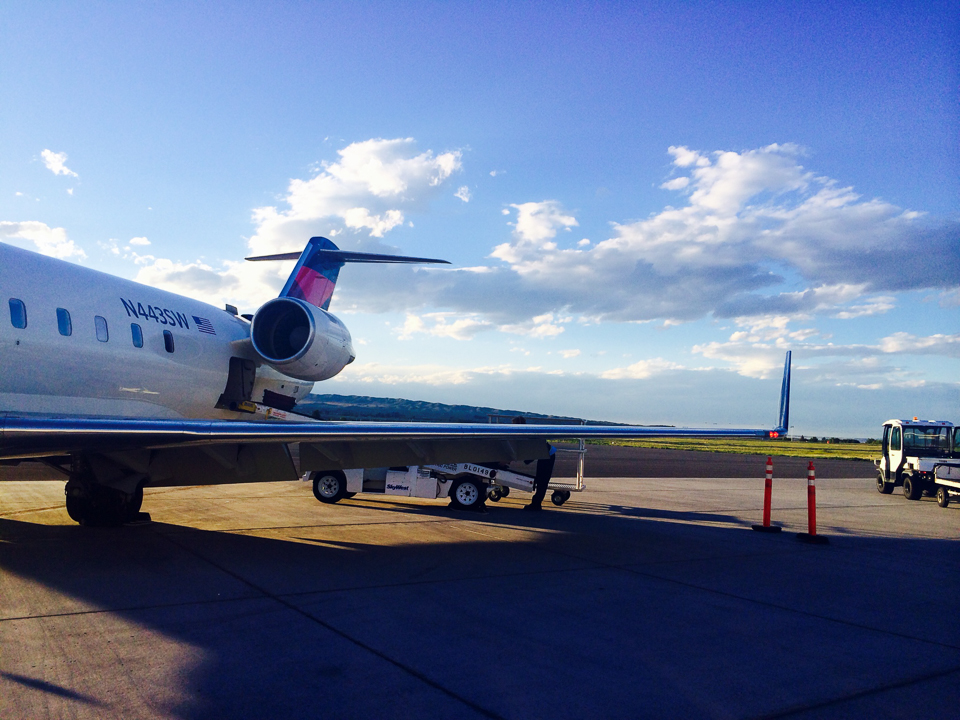 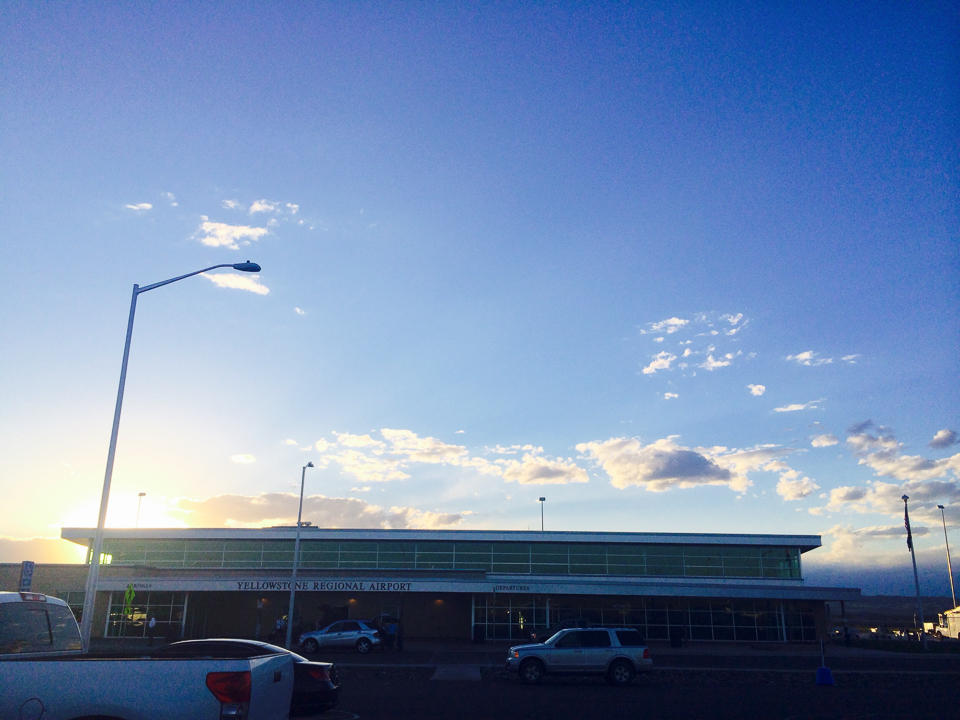 At the Pat O’Hara Brewing Company in Cody we munched on appetizers with local microbrews as we interrogated Carl and Jane on the details of their upcoming elopement.

In the two-hour drive in the darkness from Cody to our hotel we came across eleven deer on five different occasions. They were at times standing on the side of the road, running across it or sauntering along the shoulder.

When driving at night along a rural road or country highway, hitting large animals is a real risk. Charla relived vivid memories of growing in Olympia, Washington where she had been in cars that hit deer at night. A member of her family even ran off the road and totaled his car. Someone else hit a cow. That did not go well for the car or the cow.

Yellowstone has all two-lane roads with no fences or rails separating them from nature. During the peak summer season, it is a common occurrence to come to a stop behind a row of cars and sit patiently while some deer, bison or elk are crossing the street, standing in the street or just hovering nearby. Yes, even Yellowstone has traffic. “Bison-jams”.

We arrived, having not hit a single deer, at the Lake Yellowstone Hotel & Cabins. First built in 1891, the hotel shows signs of massive updates and interior renovations. Scheduled for completion in the Spring of 2014, the multi-million dollar renovation includes remodeled guest rooms, dining rooms, a freshly painted exterior and an expansive, rich lobby full of period furniture, unique light fixtures, new wood floors and lemony-yellow walls. 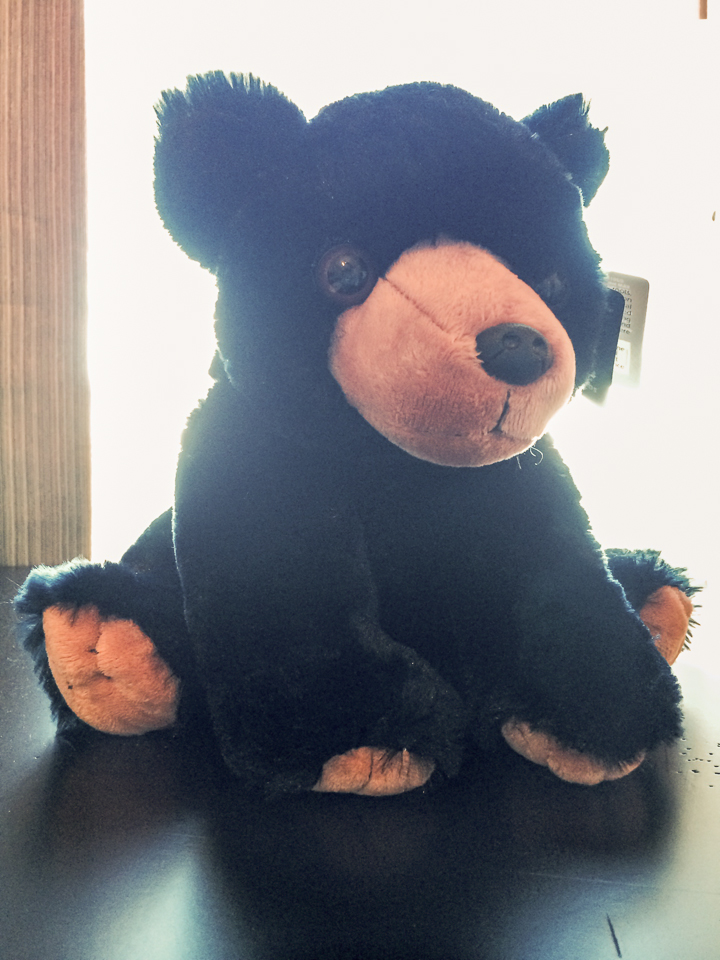 Save one of the in-room stuffed teddy bears for your kids and stash a bar of bear-shaped soap to take home. While you’re at the hotel, don’t forget to order a set of wine glasses crafted from recycled wine bottles. Wine-bottle-wine-glasses. Get it? Sustainability is fun too. 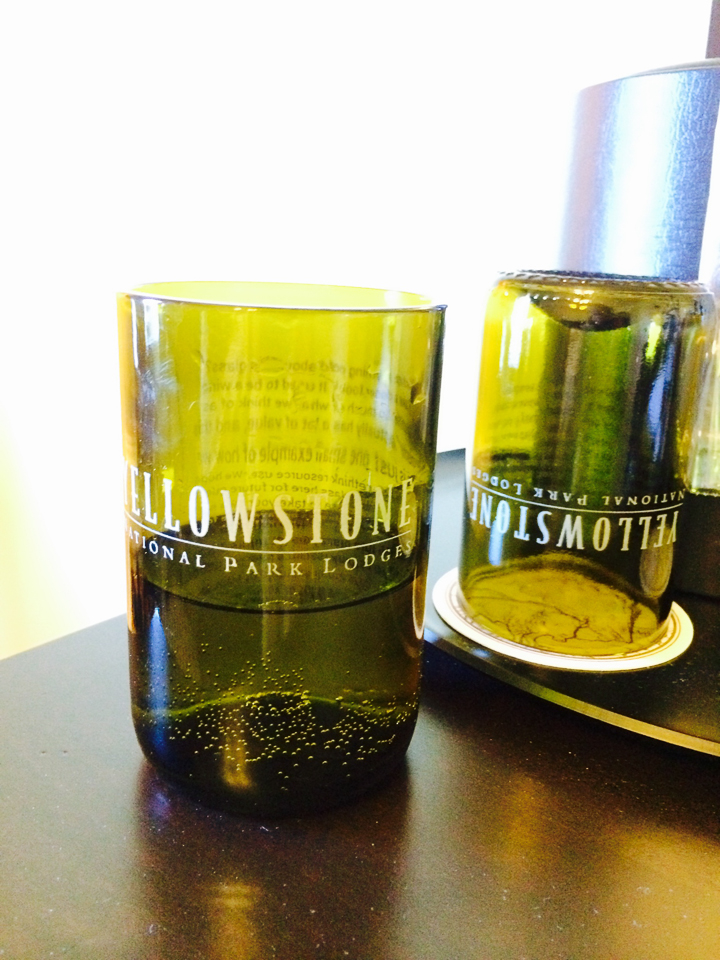 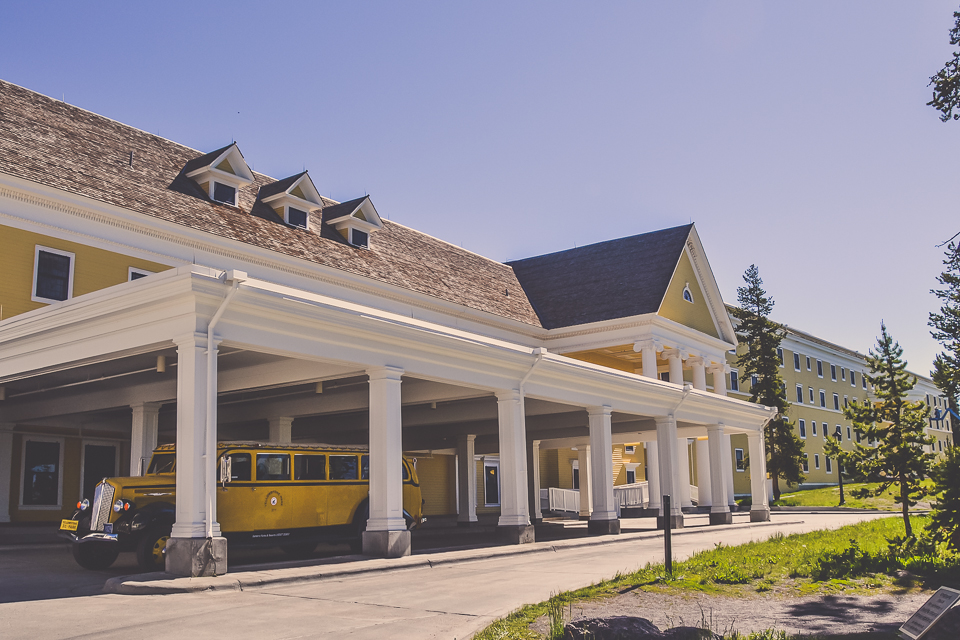