At summer’s end of 2014, the voters in Scotland soundly rejected a proposal to split off from the United Kingdom and become their own country. Barely a week before that vote, polls showed the “yes” vote – in favor of separation – opening an unexpected lead ahead of the “no” vote – against separation from the UK. The whole world was watching, but few more than Barcelona.

Fear ran rampant in London while the global press widely reported on the giddy anticipation of Scots who were about to welcome the day with their own brand-new country. And yet politics, like life, is never so easy. The Yes vote was dealt a decisive defeat, as the No vote received ten percentage points more. Scotland, and London, and the world, heaved a sigh and stopped holding its collective breath for the first time in weeks. 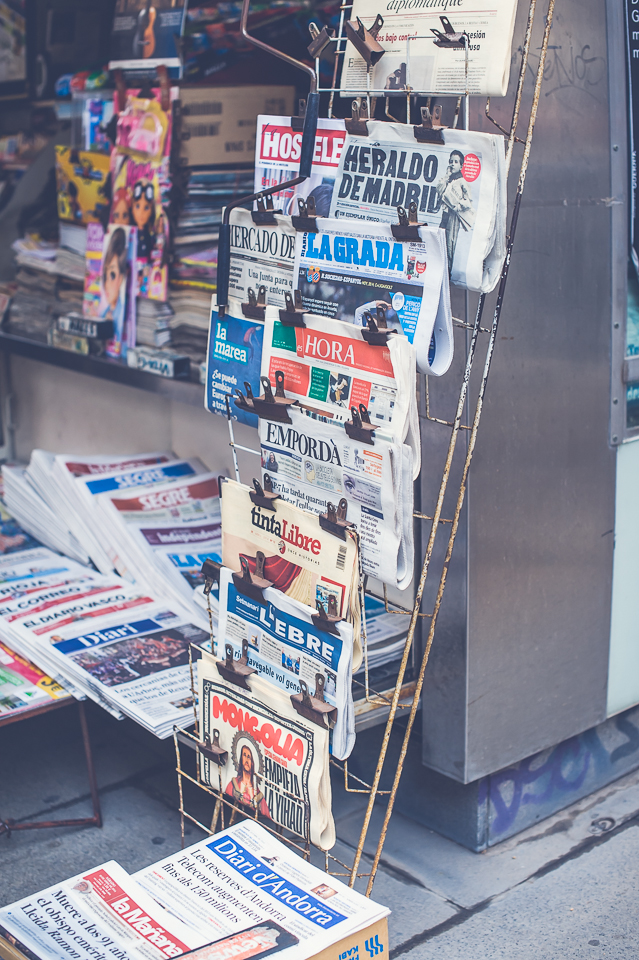 Get your daily news fix in either language: Spanish or Catalan.

Residents and voters in Catalonia and political leaders in both Barcelona and Madrid also sighed – relieved in Madrid and perhaps disappointed in Barcelona. The press had also widely reported that Catalans were watching Scotland closely, looking for clues as to their own chances for Catalonia, a country independent from Spain.

The press in Barcelona comes in many languages. While Spanish is the official language of Spain, it is by no means the only one. Catalán is widely spoken all over Catalonia, even in the big cities. Yes, Spanish is also spoken and residents will quickly switch to Spanish – or English – for tourists and visitors from other parts of Spain. News broadcasts, government speeches, carnivals and street fairs: All done in Catalán.

Catalonia is different enough from the rest of Spain that bullfighting was banned, while close enough to all of Spain that the coffee, perhaps the world’s best, is ready in Barcelona just as quickly as in Madrid or Sevilla. 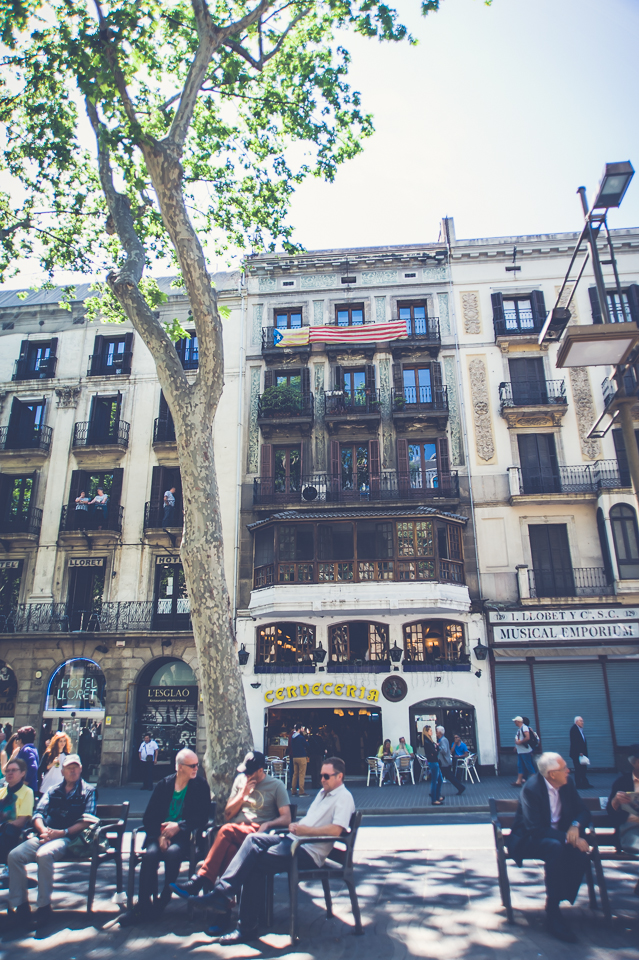 The flag of Catalán independence dangles from a balcony high above local residents and tourists going about their day. 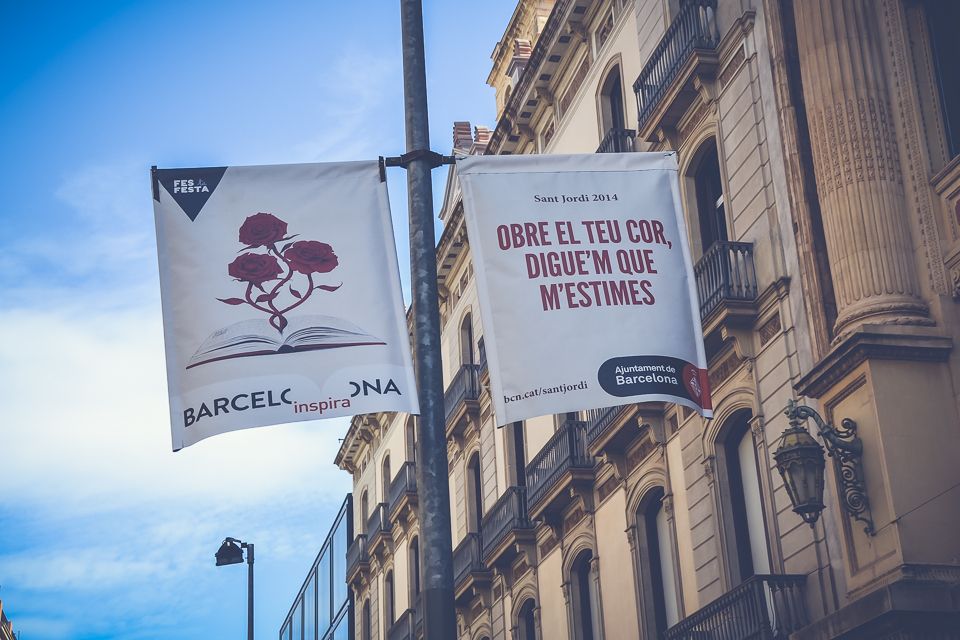 “Open your heart, tell me you love me”

Languages, dialects and accents matter in Spain. They are one’s identity, where one is from, what makes a person’s essence.

“Sing me a song from your land,” an excessively drunk Spaniard told me in a Madrid bar many years ago. I said perhaps there were some songs I could think of from my country. It didn’t help that I was not drunk like he was.

“No,” he scowled. “Not from your country. Sing me a song from your land!”

Land, country, language. They blend together so easily and yet clash so readily. Catalonia, spelled in English, is Cataluña in Spanish and Catalunya in Catalán. España becomes Espanya. Catalán is its own language just like French or Italian. It is spoken by more than 10 million people, and it has its own history, literature and politics. And now it is the center of Catalán society and a focal point of the cause for independence from Spain. 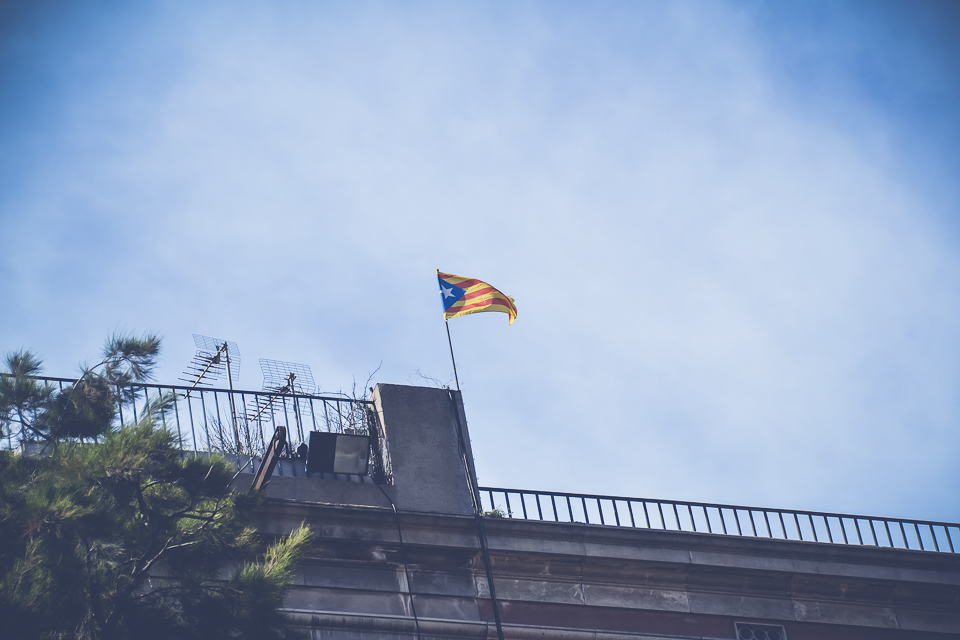 The flag of Catalonia, when it includes the star on a blue triangle, is a symbol of the independence movement. 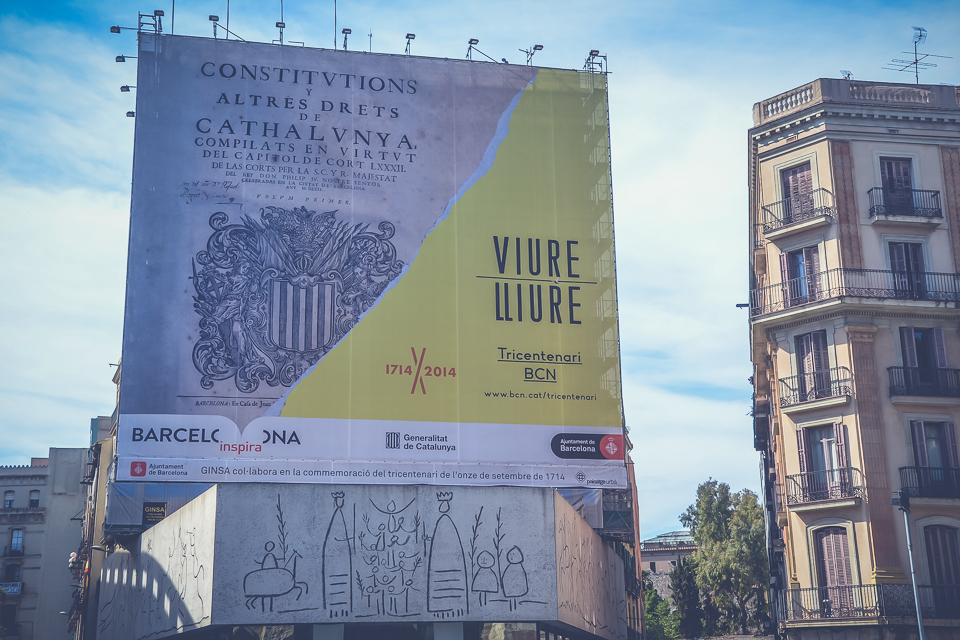 “Live free”. Part of the commemoration when an independent Catalonia fell to Spain, 300 years ago. The upper left portion of the sign is the front page of Catalonia’s Constitution as an independent country. 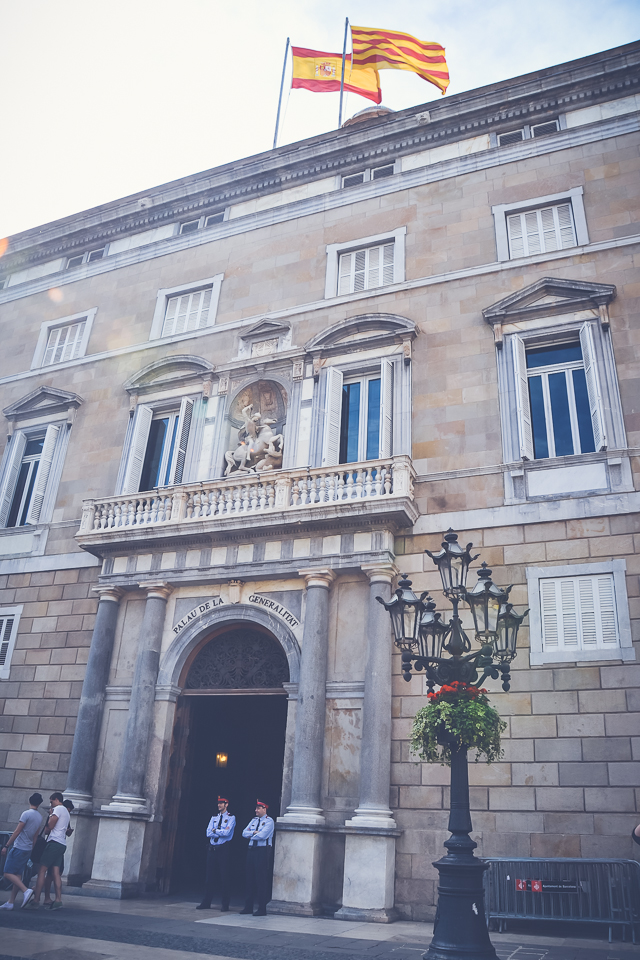 The flag of Spain flies together with the official flag of Catalunya – not the independence flag with the star – above the Catalán seat of government, the “Generalitat”. 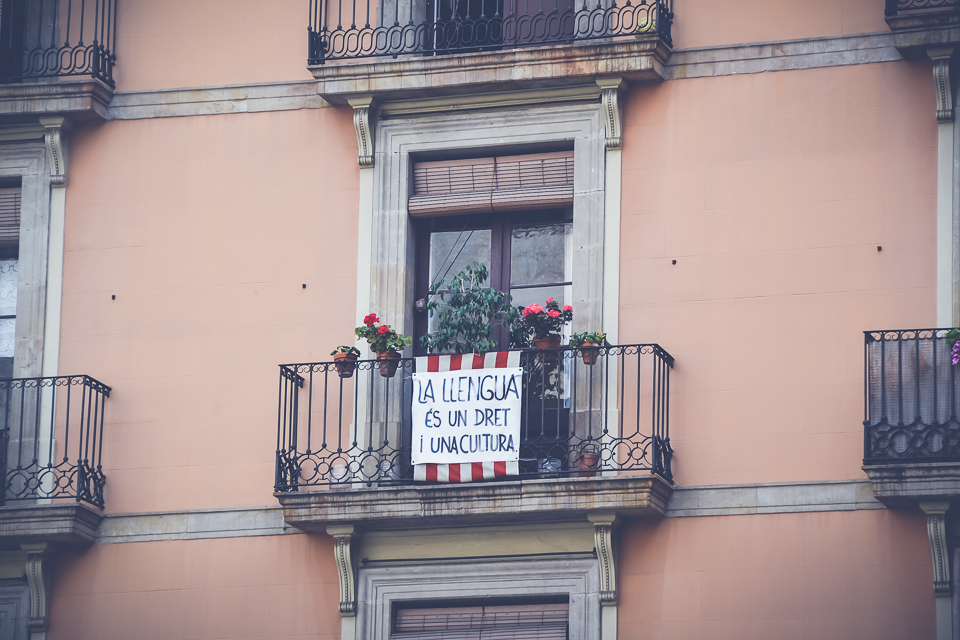 “Language is a right and a culture” 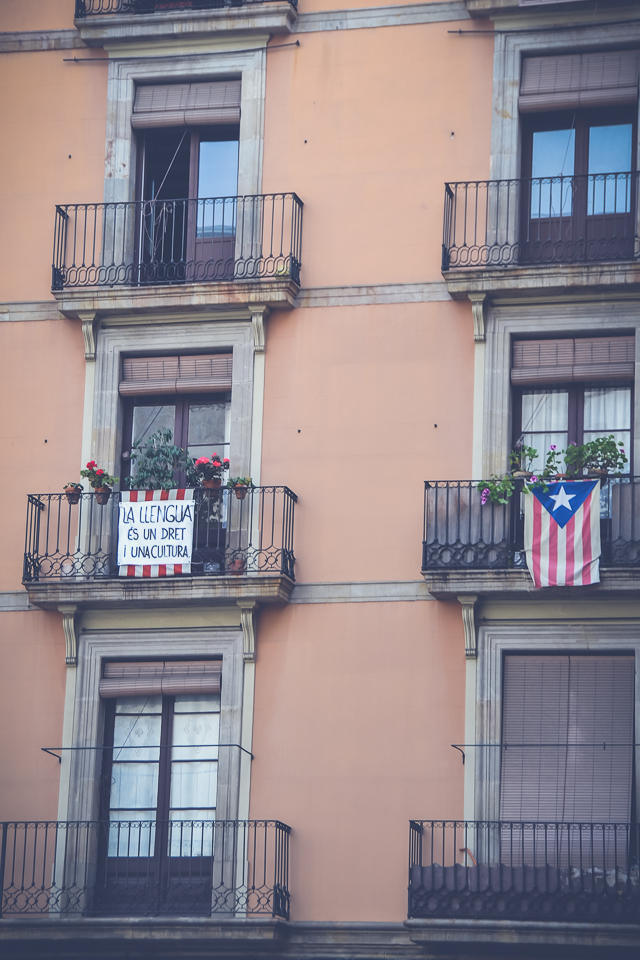 Will it happen? The United Kingdom did not split this time, so does that mean that it won’t happen in Spain either? These are heady questions with difficult, emotional answers. Much as Europe is sprinkled with a patchwork of cultures, languages, opinions, and cooking styles, it cannot be clear that Catalonia should be influenced by faraway Scotland. And yet, the likelihood of separation seems further away. 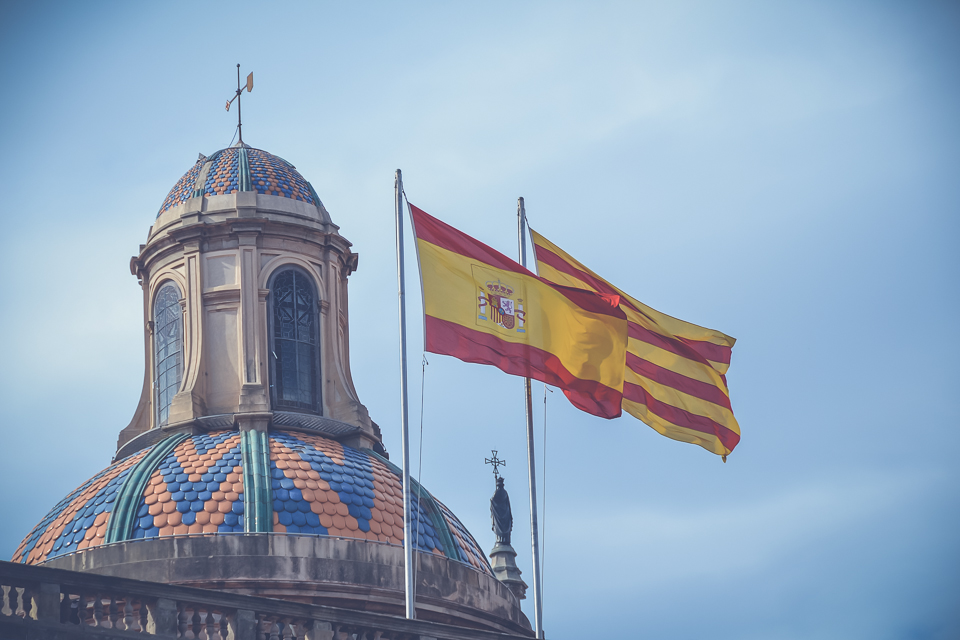 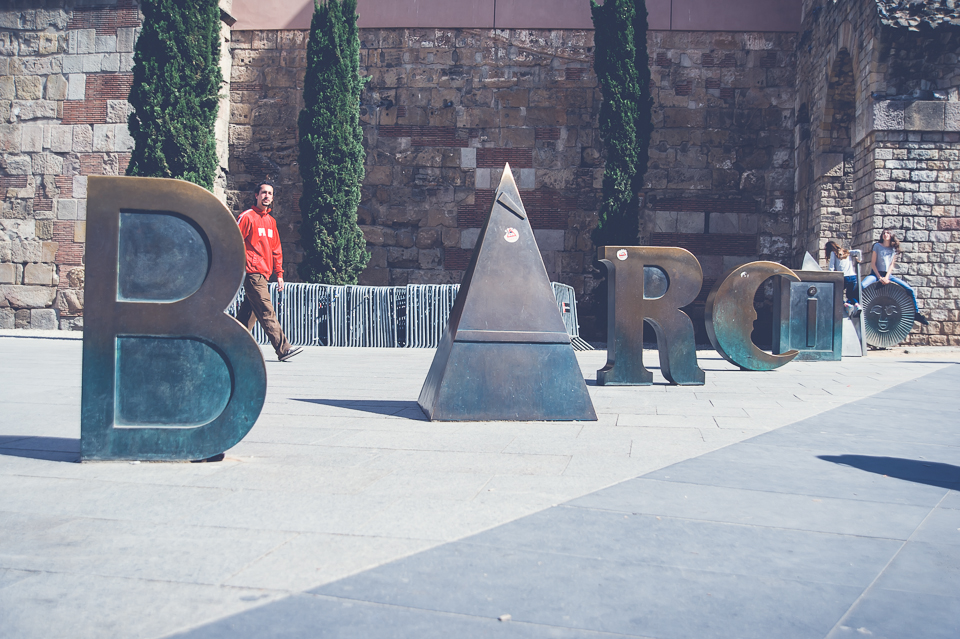 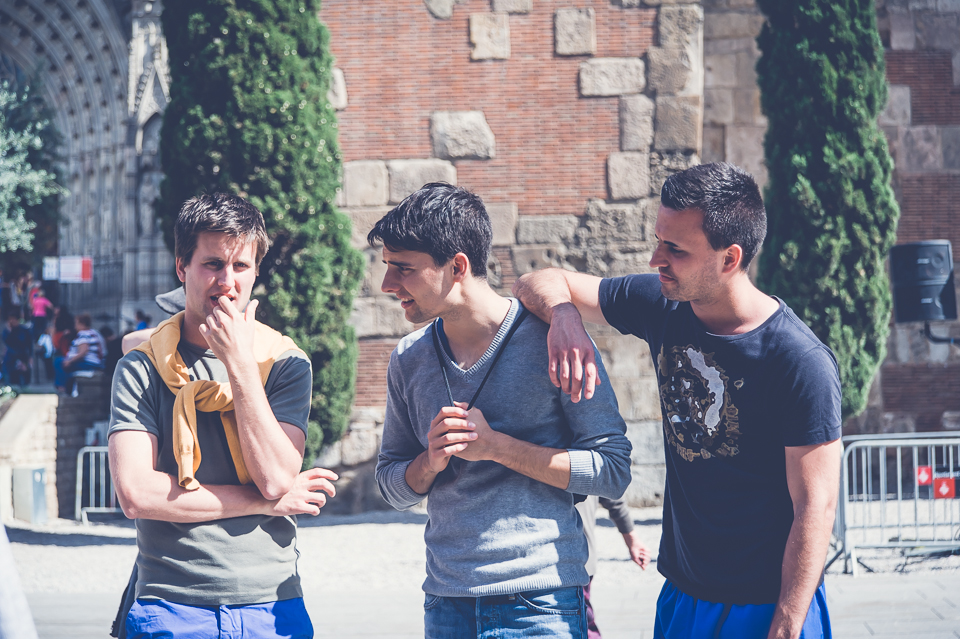 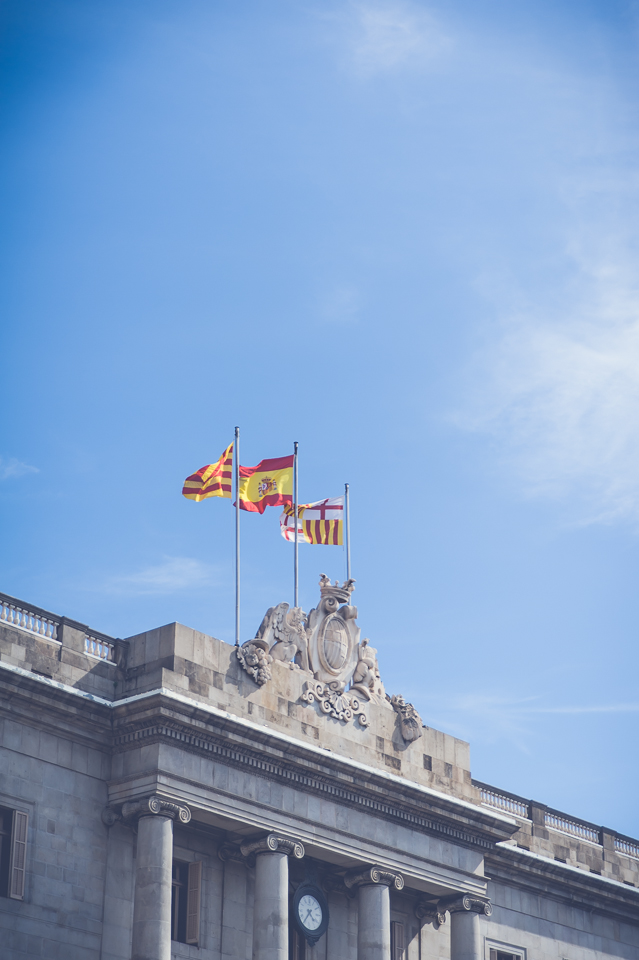 Atop a Catalán government building. Flags, from left: Catalunya, Spain, and the City of Barcelona 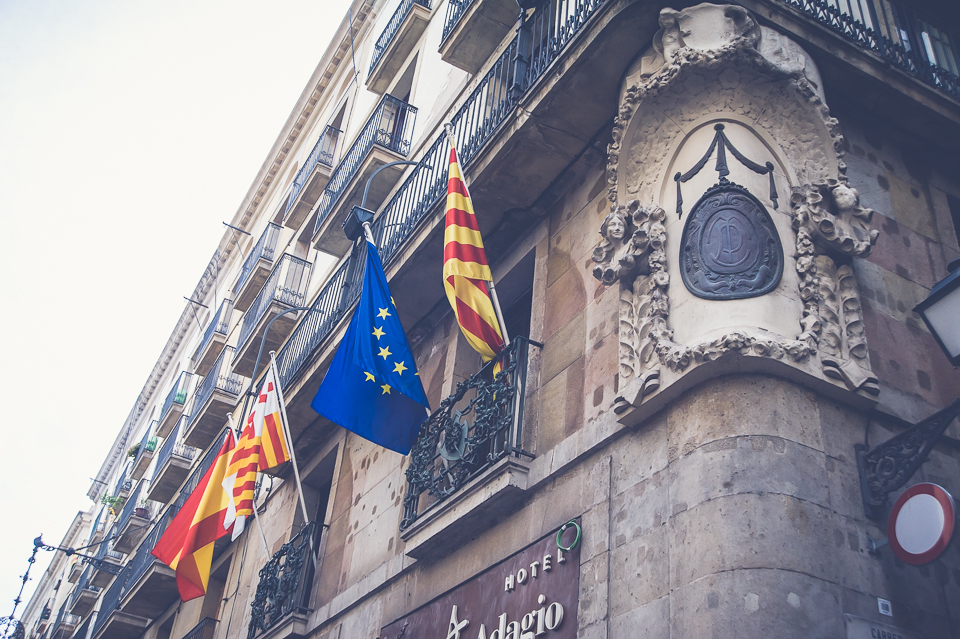 In any country, flags tell a story about identity. From left: the flag of Spain, the City of Barcelona, the European Union, and Catalunya.

The biggest question perhaps is: “What is a community?” What is a country? A people? A culture? Who decides? We have seen how such politics gets worked into the food we eat. Where better then to revisit one of the hearts of Barcelona, its central market in our next post. 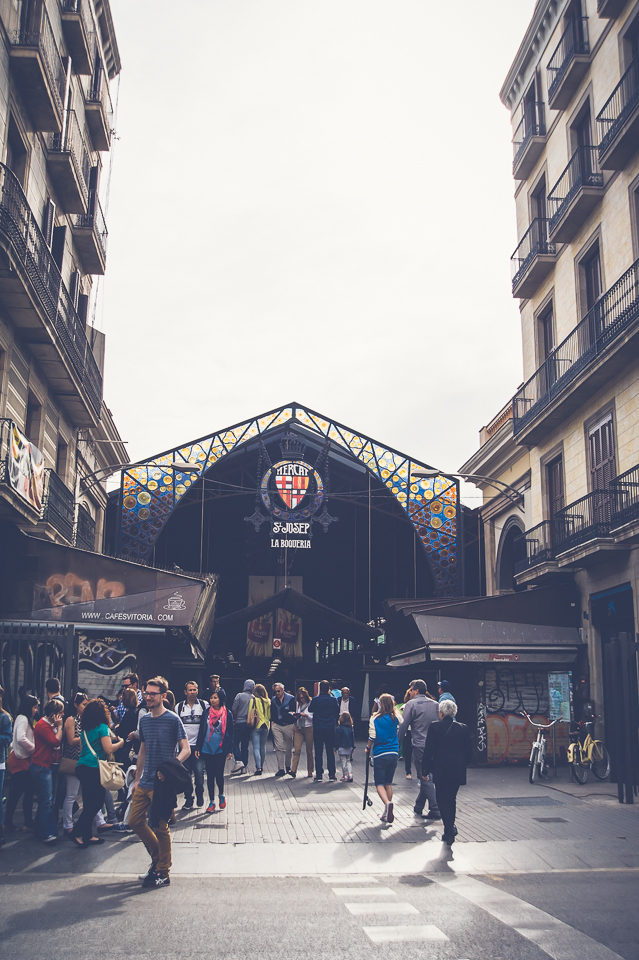