The Promenade des Anglais is a long, elegant avenue running along the edge of Nice, France that touches the waters of the Mediterranean. It has several lanes of traffic, a palm-lined median, tall buildings on the city-side and a wide sidewalk on the sea-side. The Promenade does everything right in urban planning, if one were to consult some of my favorite sources on the topic.

The wide sidewalk is often filled with residents, tourists, old, young, the midday lunch crowd, the weekend day-trippers and nighttime partiers. Stairs lead down to the beach and frequent crosswalks connect the beachfront sidewalk with the rest of the city. The tall apartment buildings with cafes and business on the ground floor – across the street from the beach – frame the street scene and create a sense that you’re in a large living room for the public. Which, in fact, you are.

A few months after our trip, on France’s national holiday Bastille Day, the Promenade des Anglais was full of people all day and into the evening. During the nighttime fireworks show, with the sidewalk packed with people, a 31-year-old Tunisian man steered his rented truck into the crowd. Nearly ninety people were killed and hundreds injured over the length of more than a mile before police ended the rampage with a barrage of gunfire.

That attack with its mass casualties, just another of so many around the world and in the U.S., shook us to the core as we remembered that we walked along that very same spot with a group of two dozen American high school students, some traveling outside the U.S. for the first time.

Soldier patrols the Quai des Etats-Unis along the beach in Nice, France

The Quai des Etats-Unis and the Promenade des Anglais

The beach at Nice

Large public spaces like the Promenade des Anglais – and thousands more of all shapes and sizes, all over the world – are both the strength and vulnerability of our open society. While societies wrestle with how to keep people safe, there is much to love about public spaces and town squares. They are democratic, free, and available for anyone to use, anytime. 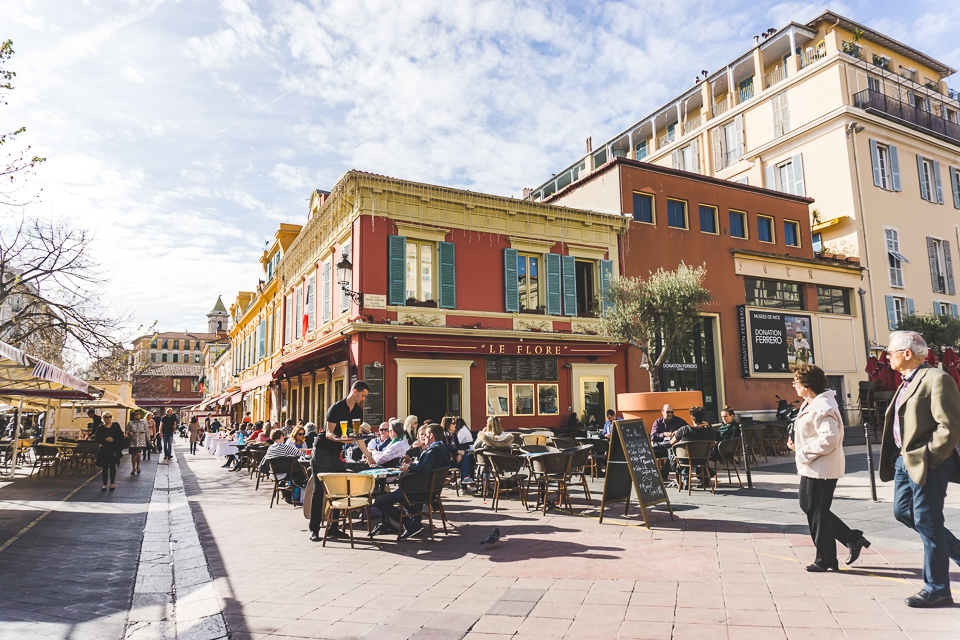 In the old downtown quarter of Nice, the Promenade des Anglais connects with the Promenade du Paillon, a stunning and gorgeous park that is a full city block wide and winds into the city. Every inch of the Promenade du Paillon has something to offer: a concert shell, garden paths, open grass, modern art fixtures, little jets of water squirting up from the concrete on hot days for kids to play in. At the far end, the National Theater of Nice and the Museum of Modern and Contemporary Art anchor the space and send patrons into the nearby cafés and restaurants after a show.

The Promenade du Paillon hosts a yearly jazz festival. And it also fills up with French citizens and visitors every July 14, Bastille Day, the French national holiday.

The few months that have passed since our trip offers perspective on how our life in Europe informs our life at home. Just like our walks on the big public spaces in European cities, we take our newest family member, Bailey, a mixed-breed puppy – half Chihuahua and half spaz – for walks around the neighborhood and on the hopping Second Street and hipster Broadway in our corner of Long Beach.

Still, the openness in our community’s life has its own warnings, a point that was driven home when someone with a BB gun shattered the front window of a home two doors down. The family was inside but not in that room, which may have spared them. Why did they do it? Who did it? No one knows.

No matter. I walked Bailey past the broken window, past the neighbors chatting outside and onto his evening walk. Our new fall routine will include more walks for him – which are good for the puppy and good for us. The Attic, a few blocks away, is destined to be a future stop on his walks, just as it is for so many others.