Written by David and Photography by Juliana Kissinger in Celebrations 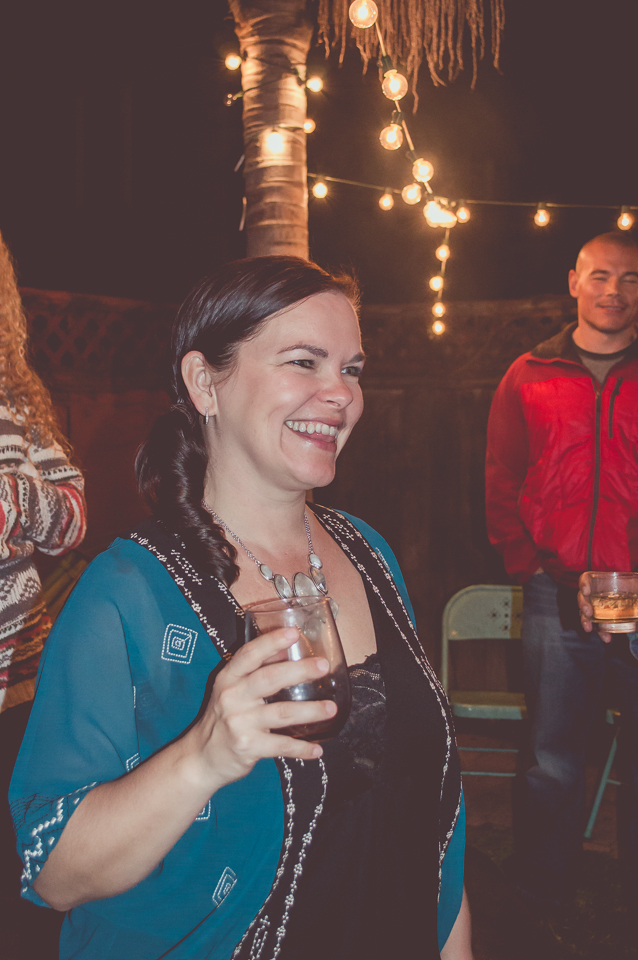 “I don’t really like sweets,” Charla said. “You can just skip the birthday cake.” She skillfully ignored my disbelieving look and started talking about Spanish food again. Really? No cake with candles? Not even cupcakes? Cookies? Flan? She was unimpressed.

I had a problem. Charla’s birthday was a few weeks away and I was in charge of planning it. Not just any birthday – her fortieth. Can I say that word publicly? After all, several years ago a career mentor once said to me, “you need to start lying about your age.” Ouch. And that was when I was still in my “dirty thirties”. Now that both of us are past that wicked decade, things surely must be different.

So far we had figured out the main menu: paella. There are some excellent paella caterers in the area, but we decided to home cook our way through it and add some Spanish tapas. Meanwhile, six members of her family were about to pile into our house for the weekend and I couldn’t figure out her birthday cake.

“If I were to present you something with a birthday candle on it,” I asked Charla, exasperated, “what would that something be?”

Shortly before the birthday party I loaded up on supplies from my favorite La Española in Lomita. This is a hilarious shop full of homesick Spaniards buying products imported from Spain. Not just olive oil, wine, cheese, sweets, but anything.

At La Española you could even get Spanish soaps and shampoo – shampoo! – if for some reason the smell of Spanish shampoo transports you home like Head & Shoulders will never do. But I fully understand that. As an American student studying for a year in Madrid, I saw my fellow students reduced to tears when their care packages arriving from home included peanut butter. 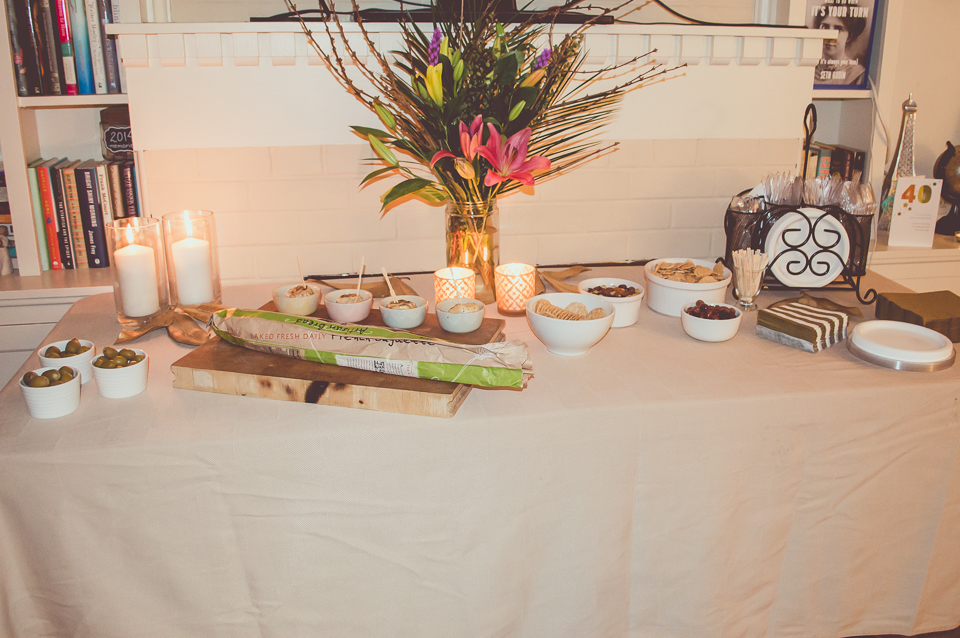 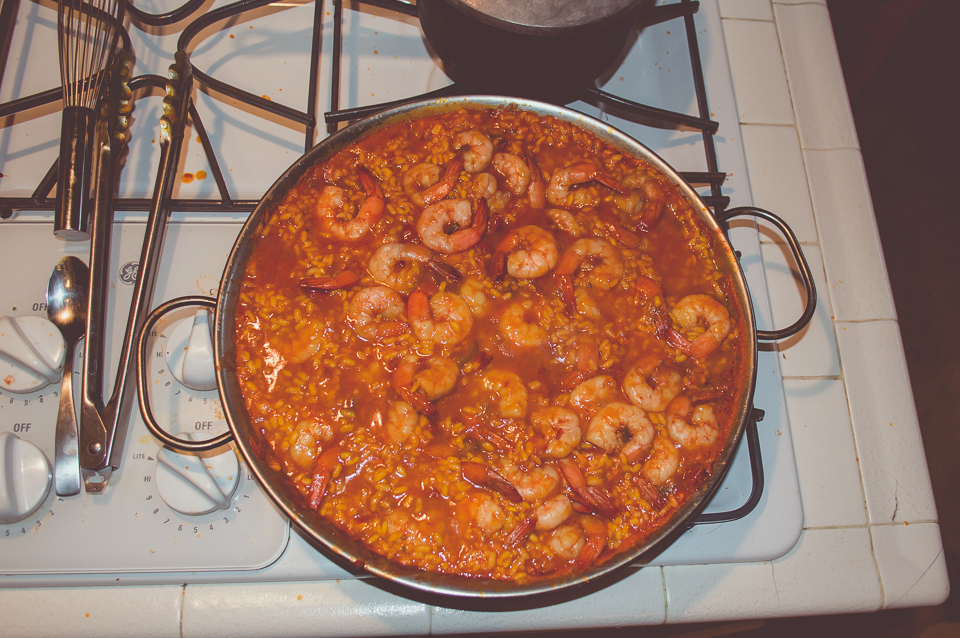 Our appetizer included four heads of roasted garlic. Four. They all disappeared, spooned onto slices of baguette and served as appetizers alongside manchego cheese, slices of chorizo, olives and nuts all laid out in the living room.

When entertaining large groups of people, the best kind of food is what fills people up. So while guests were pouring themselves wine and sangria (more on that in a minute) at the makeshift bar in the backyard, I finished the last of the main food. This was meant to be filling: Paella, roasted potatoes with a spicy “brava” sauce, and white beans simmered slowly with garlic, olive oil and a thick handful of fresh sage leaves.

The “brava” sauce was another nostalgia moment. Almost every restaurant and bar in Spain serves some version of patatas bravas, a dish of fried potatoes similar to home fries and a tomato-based sauce with a spicy kick to it. It is a surprisingly good combination that goes well with other tapas and wine. 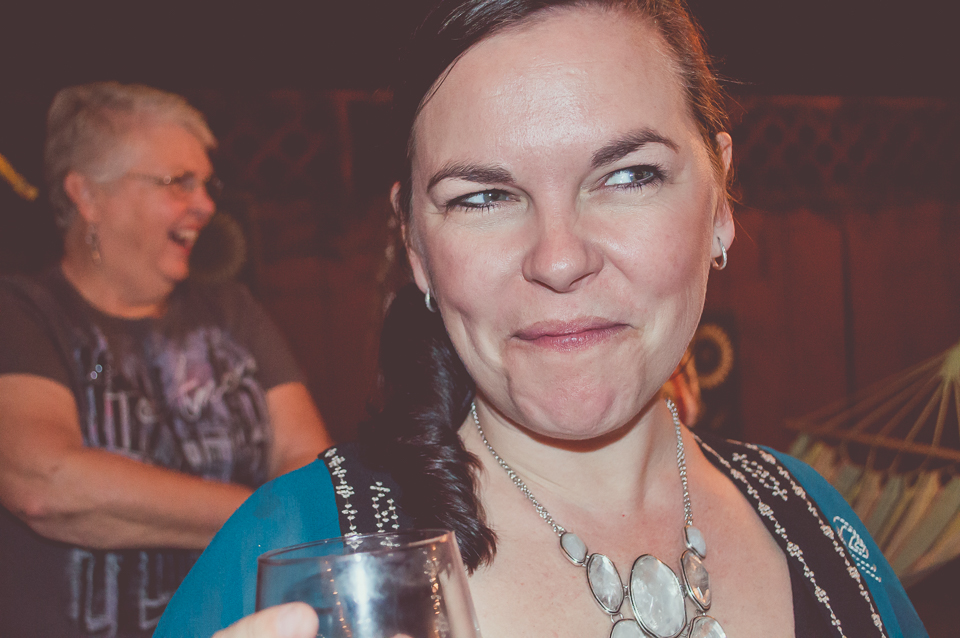 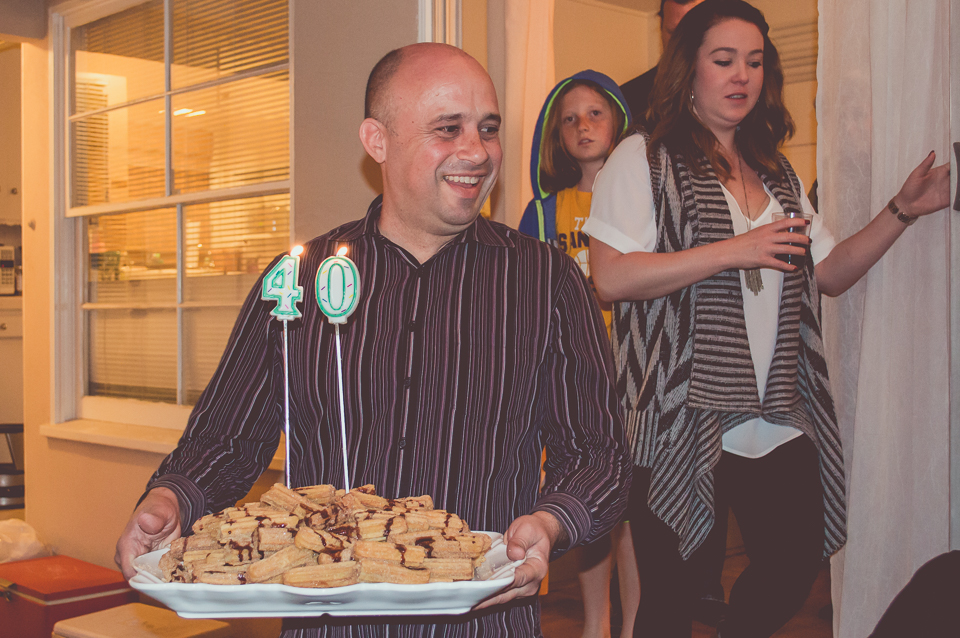 A few hours earlier that day, I finally figured out what to do with dessert. Charla suggested churros and chocolate, which became yet another nostalgia moment. Churros are those long, skinny, deep-fried, doughnut-like things covered in a thick, crumbly layer of sugar and cinnamon. In Spain and parts of Latin America you dip them in chocolate. Not just any chocolate but very thick, hot, syrupy chocolate similar to Nutella.

Churros and chocolate is one of those simple foods that takes on endless emotional meaning to whoever is eating it. A popular Spanish nightclub called Joy Eslava sits in Madrid’s old central core that dates back five centuries. It is the kind of locale that is dead and empty at 11:00pm on a Friday night only because no one has showed up yet.

After many hours of clubbing, you will walk down a narrow, five-century-old alley to a tiny shop which at 4:00am is briskly selling churros and little cups of thick chocolate to long lines of bleary eyed club-goers, who shortly afterward jump over the subway turnstiles and get home into bed as the sun is coming up. 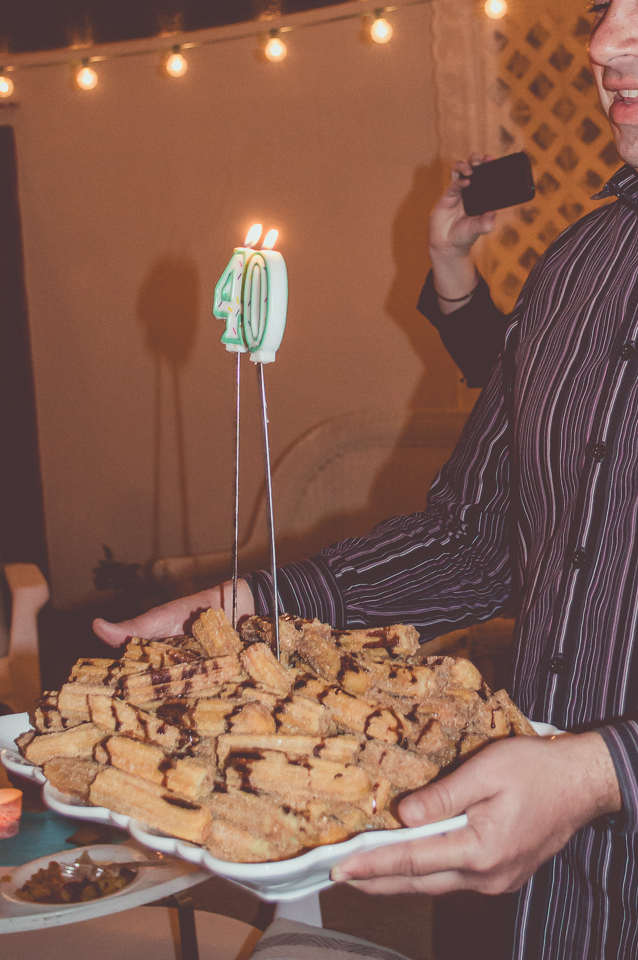 Charla’s birthday was nearly as complicated as we tried to stack birthday candles on top of a pile of churros smothered in chocolate.

Where did I find the churros and chocolate? After weeks of fretting and searching around, I walked into Rivera’s Mexican Restaurant in Long Beach on the day of the birthday party, where they prepared me a sample. Even though I was talked into getting far more churros and chocolate than we ever needed, I didn’t mind because they were so good. 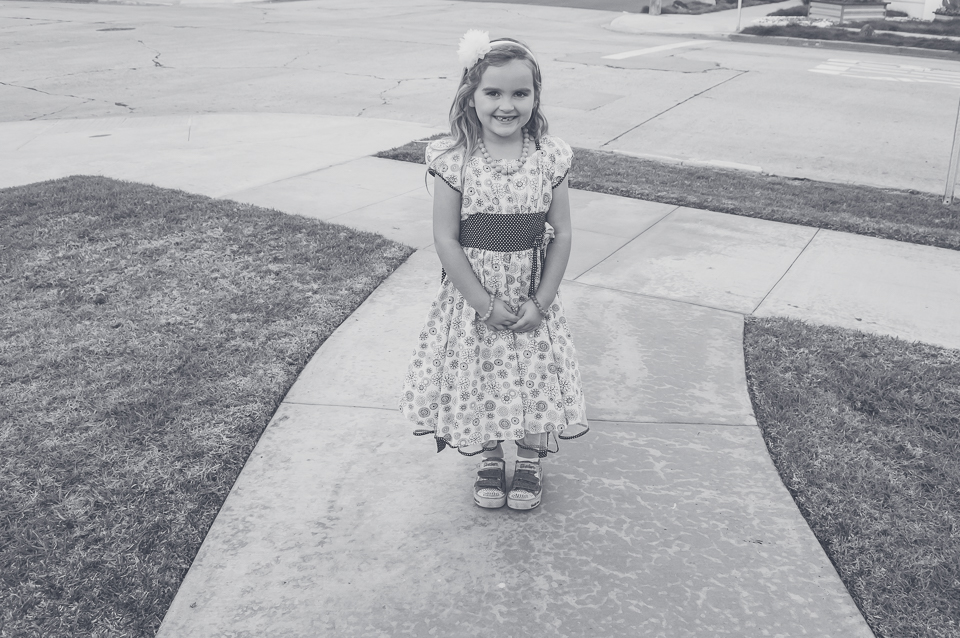 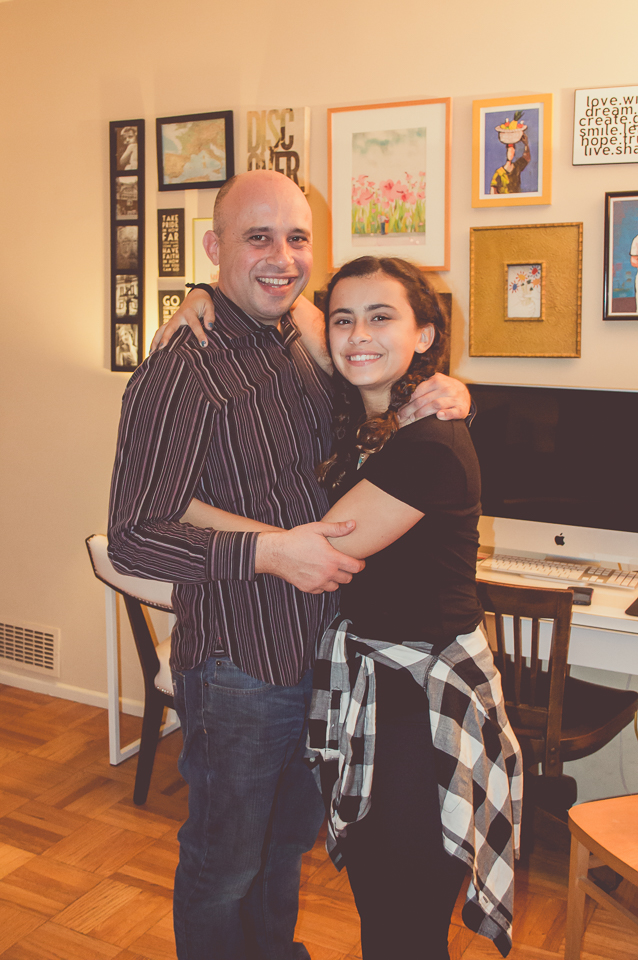 Birthdays are just another chance to gather people together and celebrate something. Whether or not you think that age is just another number, you may end up celebrating far more than a passing year of life: Memories, nostalgia, dreams, desires, hopes, joys.

And the sangria: We will set up a sangria recipe in future story in the Simple Kitchen. For now, make do with the quick recipe of equal parts red wine and Hansen’s Mandarin Orange Soda, which we found at Trader Joes. Hansen’s is carbonated, criminally sweet, fruity and a decent balance for when you are in a hurry or when you are trying to stack churros neatly enough to hold up a birthday candle without tipping over. 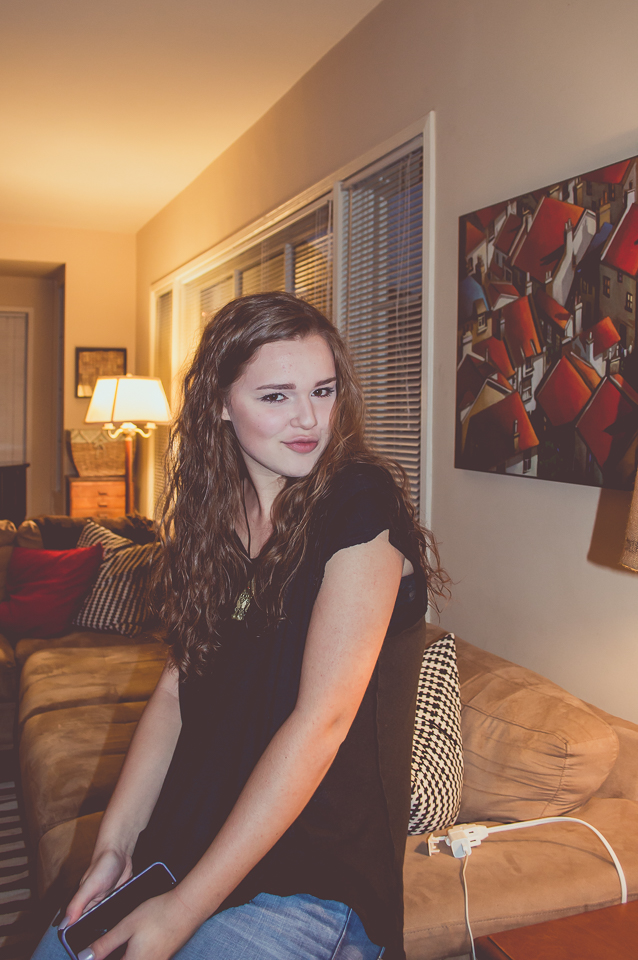 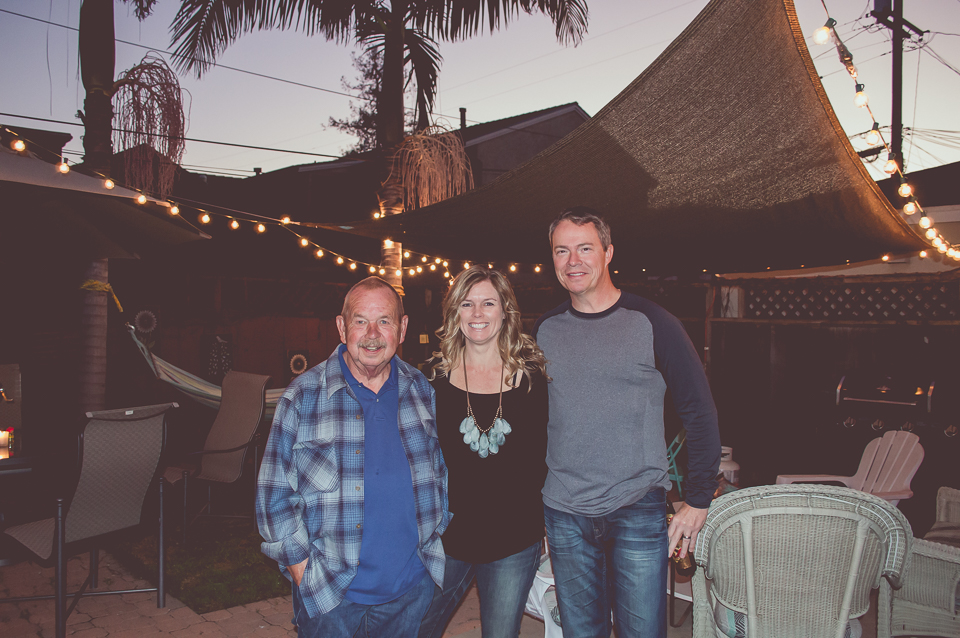 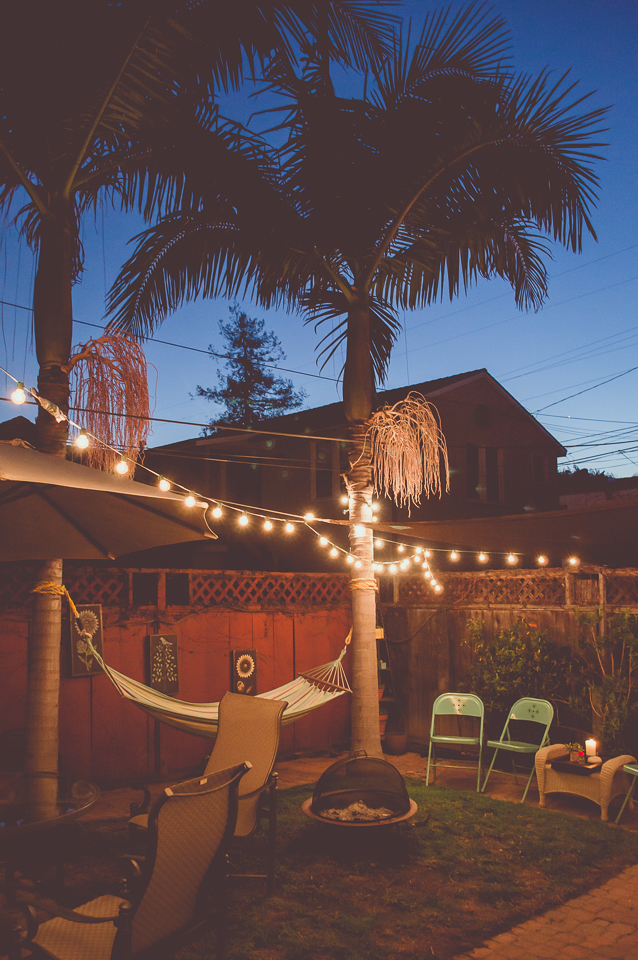 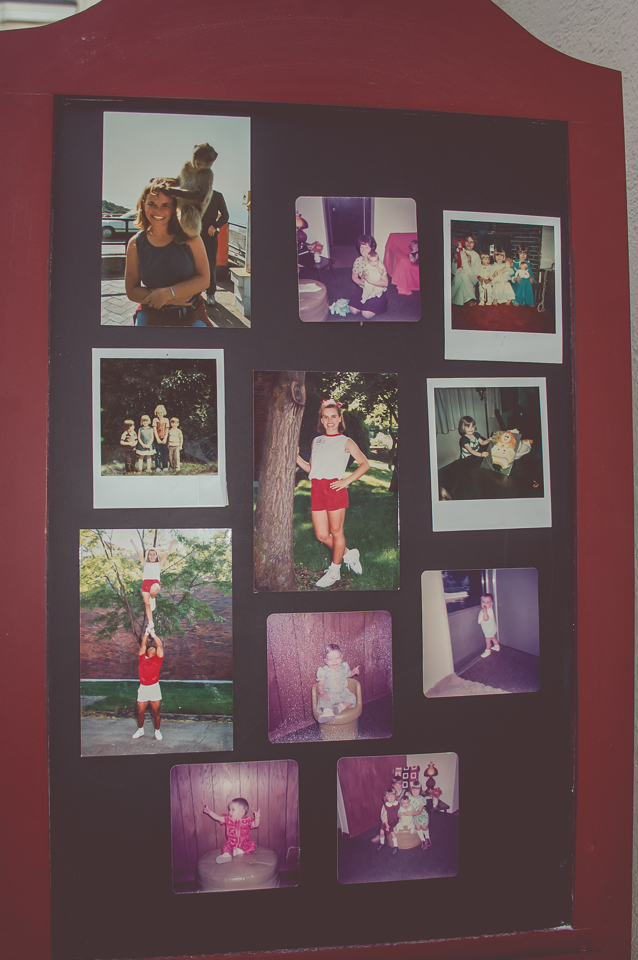 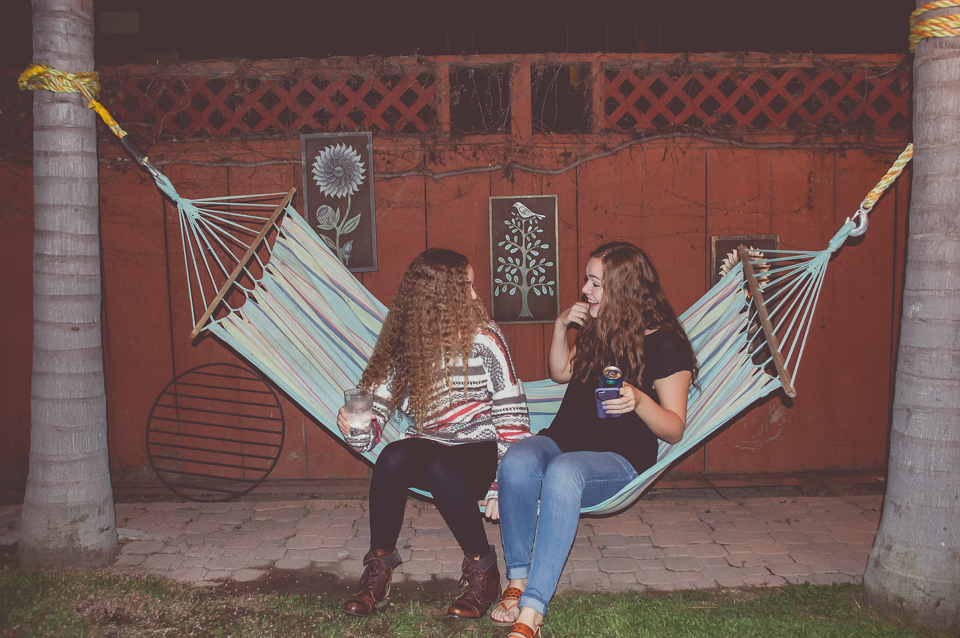 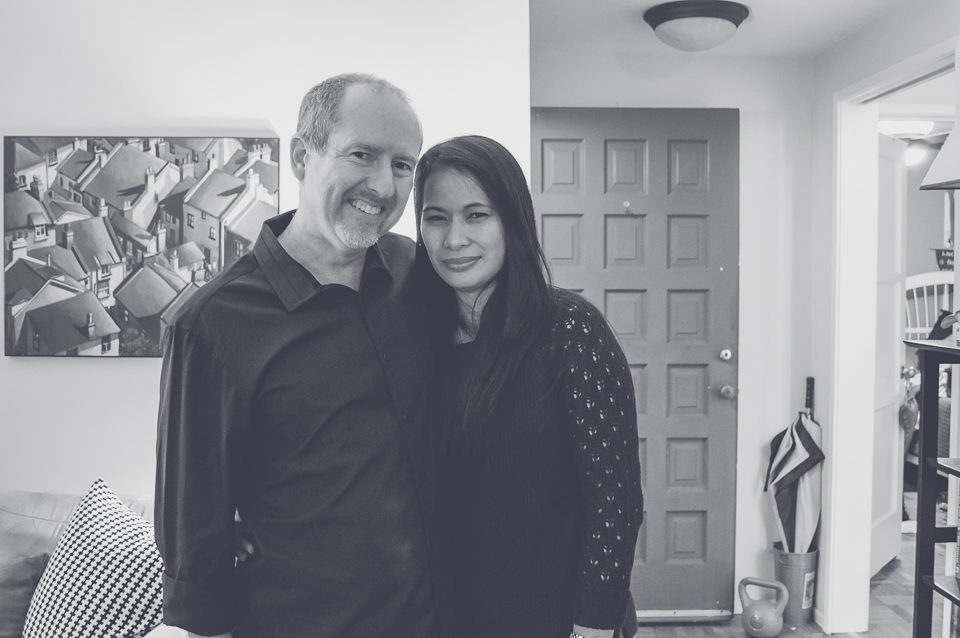 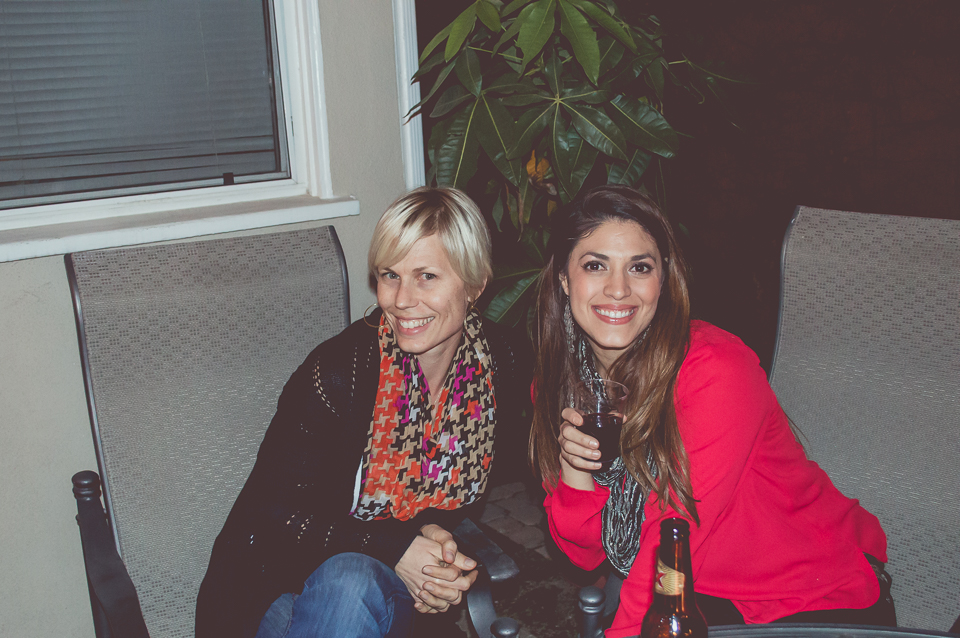 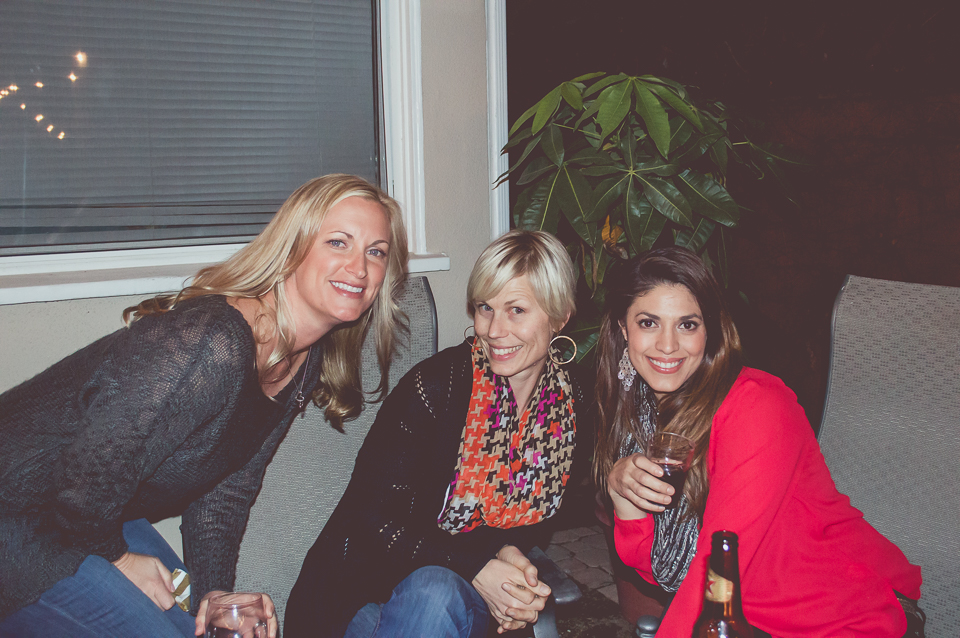 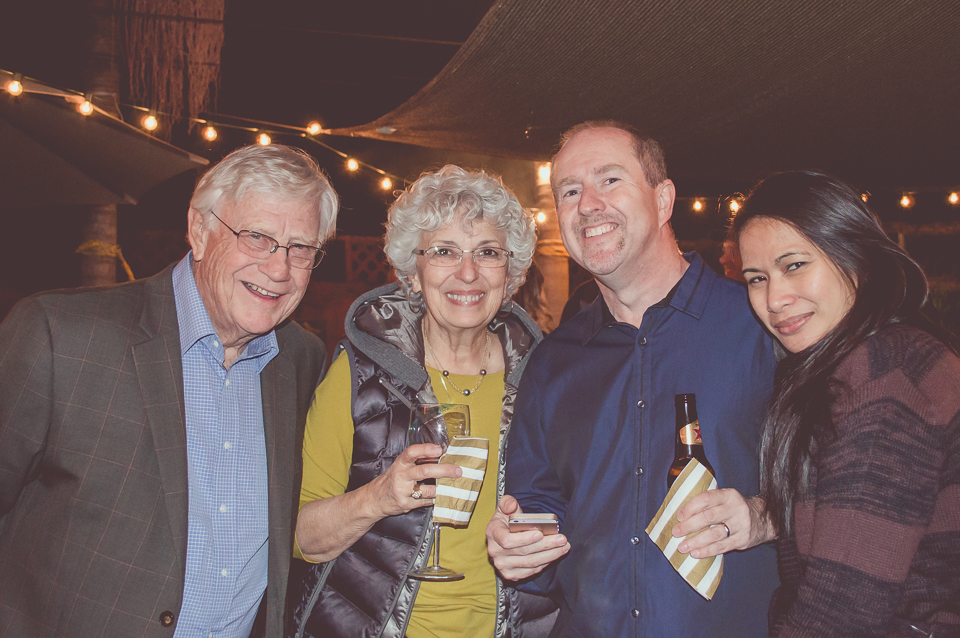 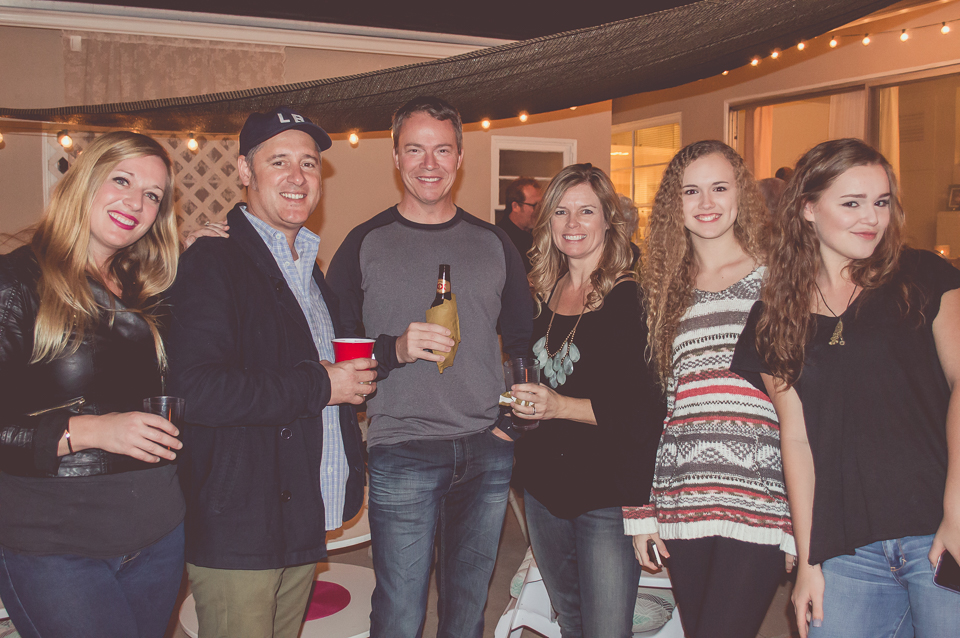 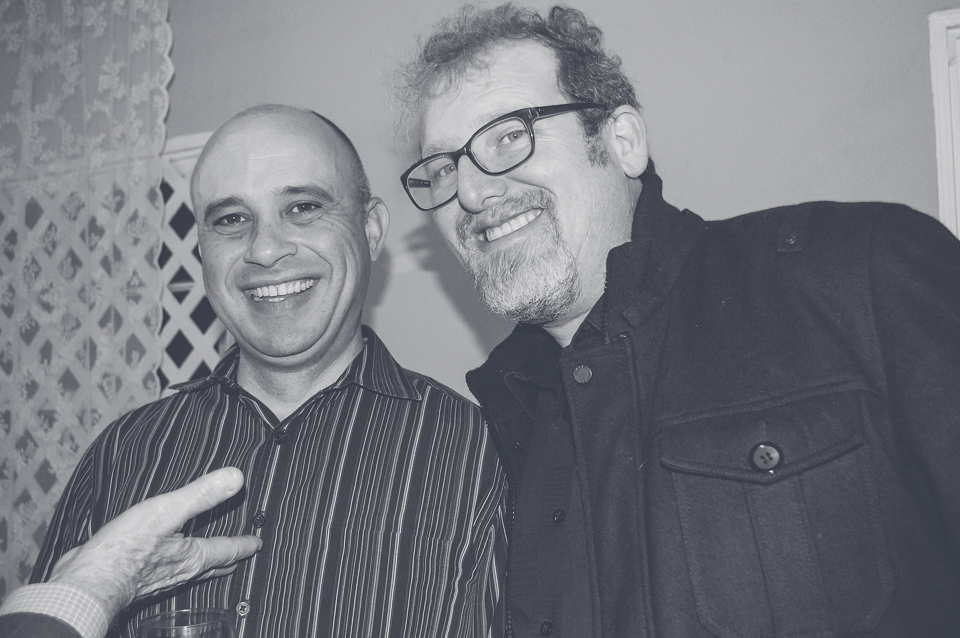 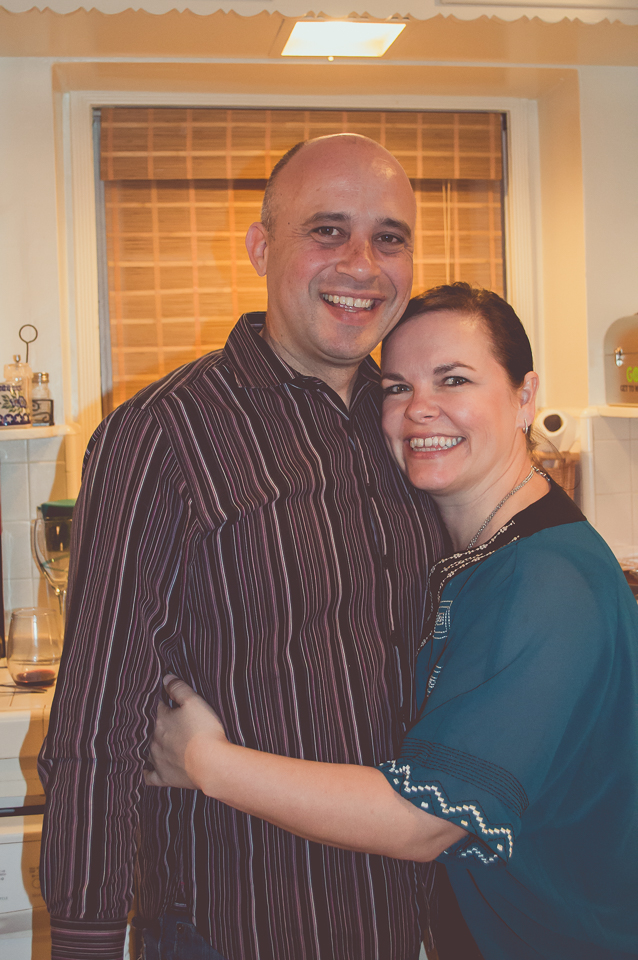 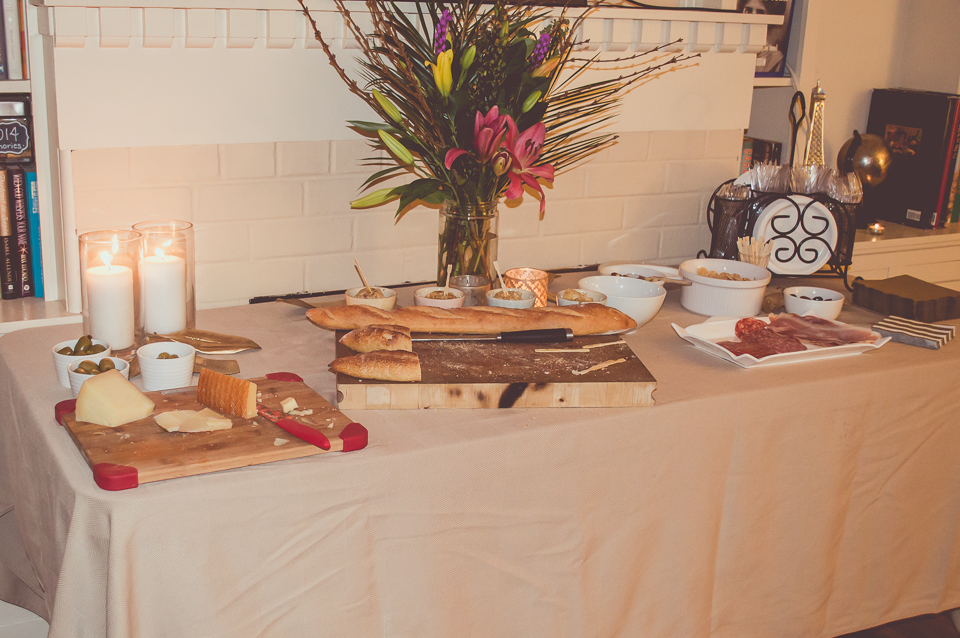 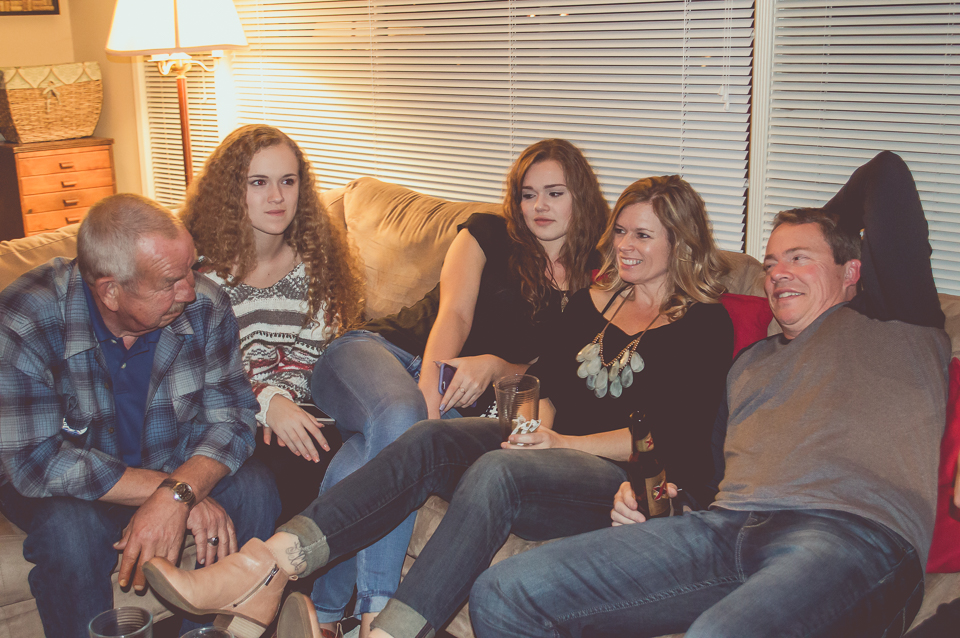 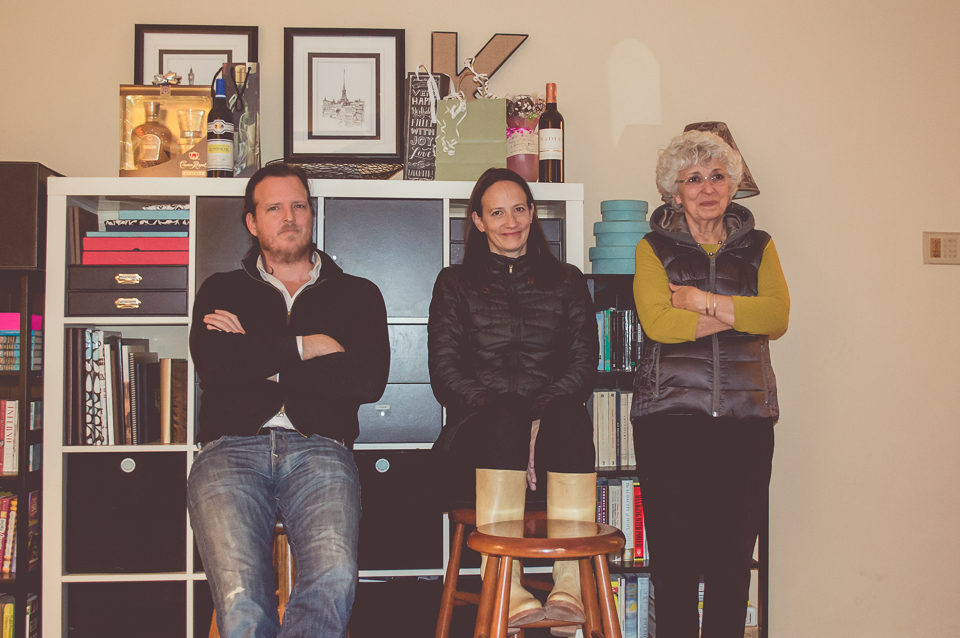 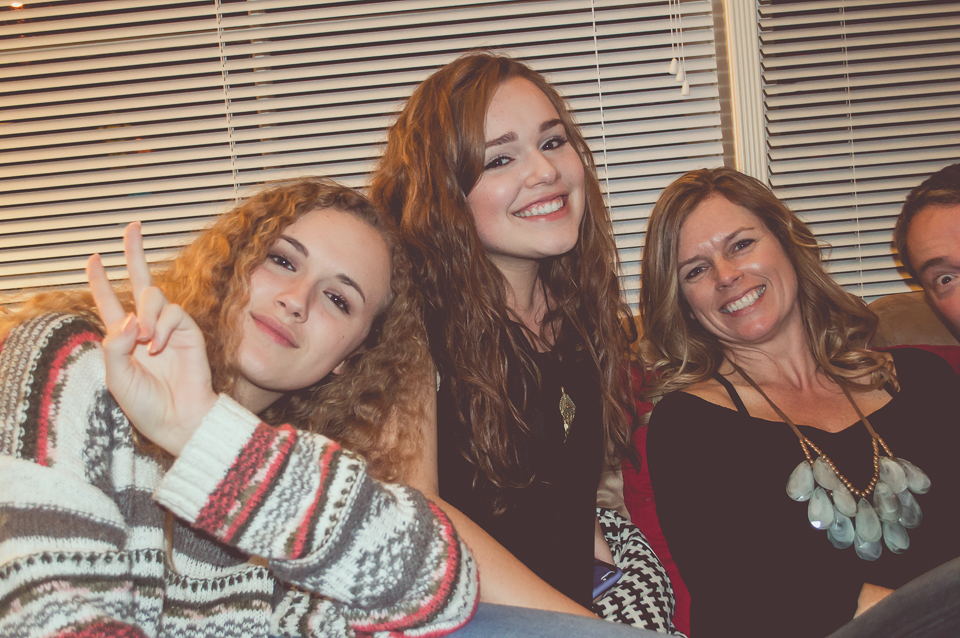 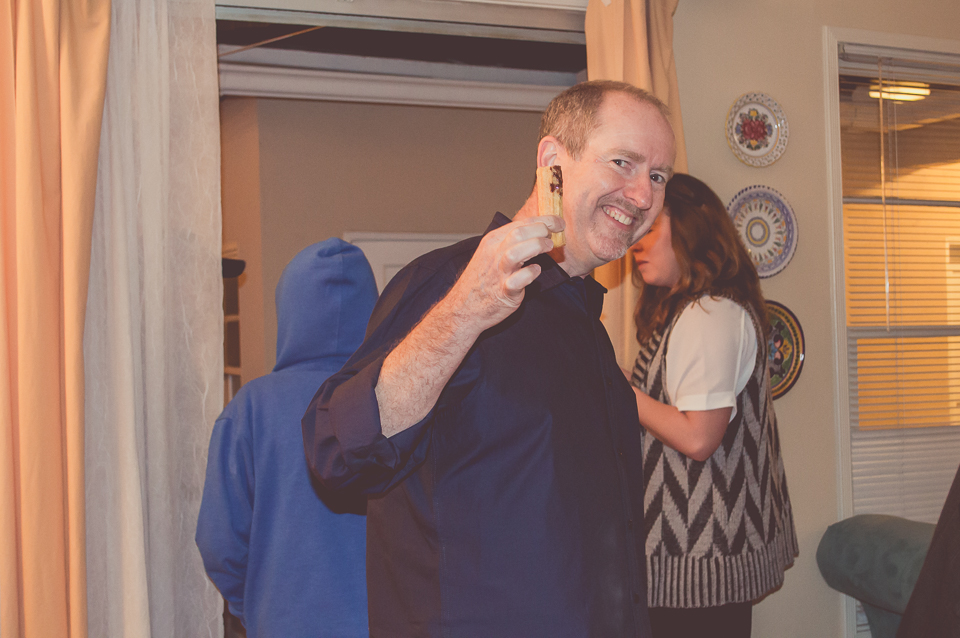 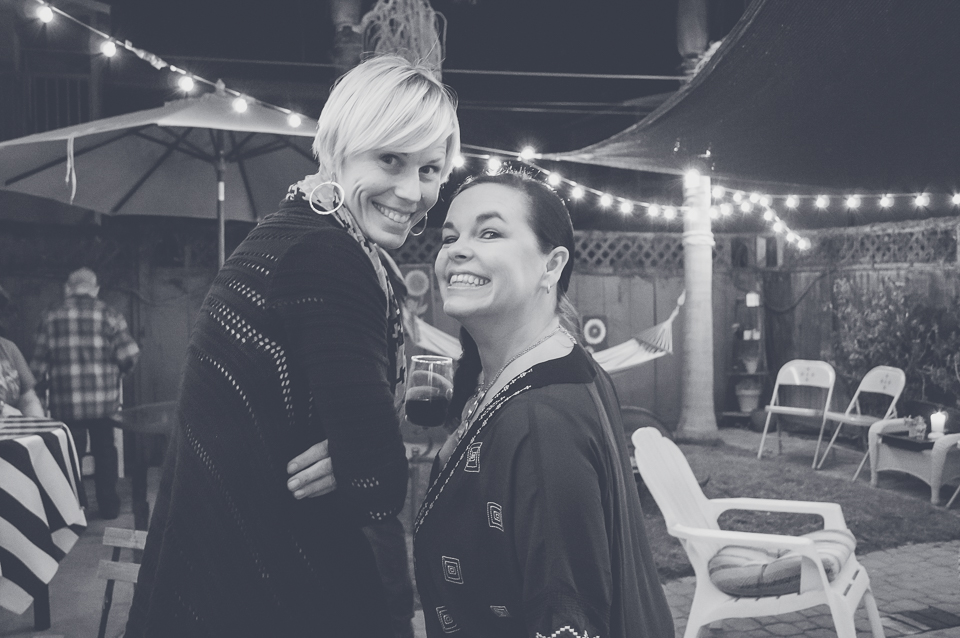